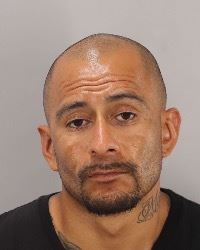 A 34-year-old Coachella man suspected of stealing a utility truck and possessing illegal drugs was released from custody Friday.

Juan Roberto Gutierrez Galvan was arrested Thursday and booked into the Benoit Detention Center in Indio on suspicion of grand theft auto, possession of controlled substances and possession of drug paraphernalia.

Galvan was released on his own recognizance based on the county’s ongoing emergency bail schedule adopted from the state that permits freeing non-violent detainees to reduce coronavirus exposure risks in lockups.

According to Riverside County sheriff’s Sgt. George Acevedo, a utility pickup was stolen in the 81000 block of Avenue 62 in La Quinta last December.

The ensuing investigation ultimately pointed to Galvan as the alleged perpetrator, culminating in his arrest near the intersection of Vista Del Norte and Dillon Road in Coachella, Acevedo said.

The vehicle was recovered, and investigators also seized a half-ounce of methamphetamine, as well as “numerous limited edition sports cards memorabilia and several thousand dollars’ worth of power and hand tools,” the sergeant said.

It was unclear whether the cards and tools were stolen.

The investigation is ongoing, and anyone with information was asked to contact the sheriff’s Thermal station at 760-863-8990.