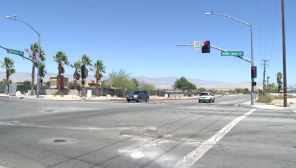 The trio was arraigned before Riverside County Superior Court Judge Harold Hopp, who scheduled a felony settlement conference for June 14 at the at the Larson Justice Center in Indio.

All three defendants are free on bond.

According to the Palm Springs Police Department, the three men are accused of beating a man, whose name was withheld, on Nov. 3 at about 6 p.m. at the Santiago Sunrise Mobile Home Park in the 1500 block of East San Rafael Drive.

The defendants were arrested the following month during a multi-agency sweep targeting a street gang which allegedly was involved in dozens of shootings and three homicides last summer in the Coachella Valley.

More than 100 law enforcement officers served search warrants at a dozen locations in and around Palm Springs, according to the District Attorney’s Office.

The warrants were obtained after gang clashes near the Desert Highlands Gateway Estates neighborhood that Palm Springs Police Department Chief Bryan Reyes said was responsible for an upward spike in crime in 2020.

No weapons were seized during the sweep, but the District Attorney’s Office said stolen property and items related to gang activity were found.

None of the defendants have documented prior felony convictions in Riverside County.