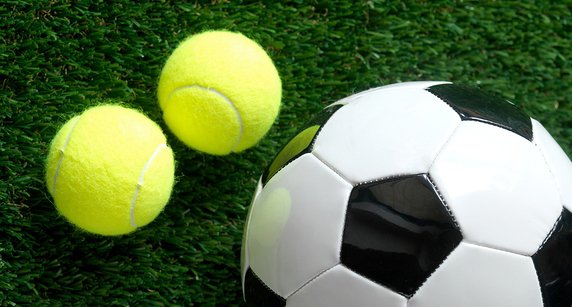 Wildcard action recap from May 11th, 2021 for our boys’ soccer and girls tennis teams across the desert! 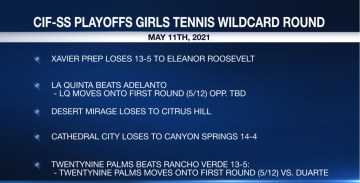 The Xavier Prep Saints’ Girls tennis team was at home hosting Eleanor Roosevelt high school in their wildcard match. The saints finished league plays at 7-2 this season, their only two losses as a team were to Palm Desert. Unfortunately for the saints, their season would end in the wildcard round, after recording a team loss to Eleanor Roosevelt, 15-3.

La Quinta was away at Adelanto and lost their match today.

Cathedral City was away at Canyon Springs and also lost, 14-4.

And Twentynine palms hosted Rancho Verde and won, 13-5. The Wildcats will be up against Duarte in the first round.

The first round of CIF-SS playoffs for girls’ tennis is May 12th at 3 pm. 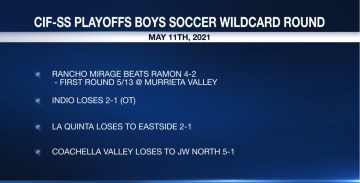 Indio was hosting Chino high school today during their division five wildcard game, and what a great game it was! The teams went back and forth and it would go into overtime, but in the end, the Rajahs would lose to Chino in overtime due to a penalty kick, 2-1.

La Quinta boys’ soccer team was also at home today, they were up against Eastside high school. La Quinta finished with the third-best league record in the desert empire league this season. Although it was a very competitive, close game, the Blackhawks would go down losing in their wildcard matchup today, 2-1.

The Rancho Mirage Rattlers were also at home today for their wildcard game, against Ramona. The Rattlers finished second in the DEL this season, and today, right from the gate the rattlers took off and completely dominated. They would take the win, easy, 4-2. Rancho Mirage will be away for the first round on May 13th against Murrieta Valley high school.

Coach Carlos is already thinking about how he is going to prepare his team for the first round of playoffs.

“The first half was right on, second half we got a little complacent but nothing we can’t fix and be ready for Thursday. Nick did outstanding, he scored the first goal. I was very, very glad with Diego who’s normally savvy but he played most of the game and he scored as well. So it was a very even performance from our guys.”