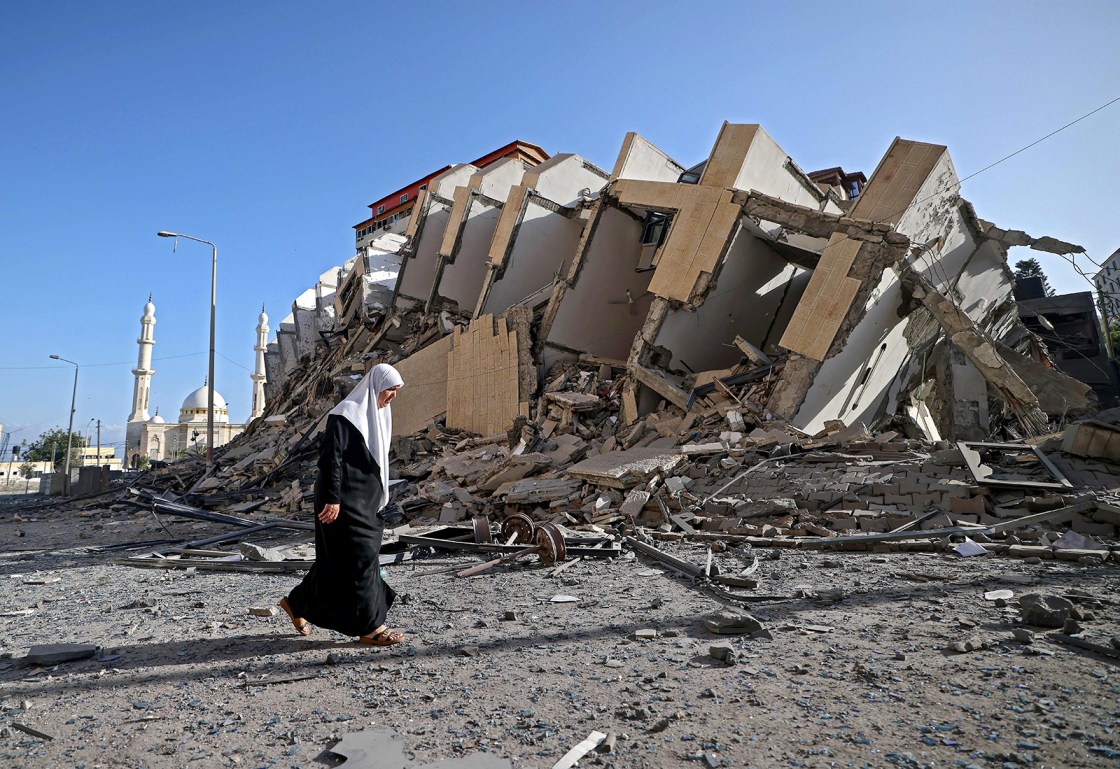 65 killed in Gaza, 7 killed in Israel as UN warns conflict could turn into ‘full-scale war’

The worst violence in years between Israelis and Palestinians showed no signs of letting up Wednesday, as continued Israeli airstrikes and Hamas rocket fire prompted the United Nations to warn the conflict could mushroom into “full-scale war.”

Israel’s bombing campaign in Gaza has now killed at least 65 people, including 16 children, and injured more than 365 more, according to the Gaza-based Palestinian health ministry. Israel says at least 15 of the dead were Hamas militants.

“Stop the fire immediately. We’re escalating towards a full-scale war,” tweeted UN Special Coordinator for the Middle East Peace Process Tor Wennesland. “The cost of war in Gaza is devastating & is being paid by ordinary people. UN is working w/ all sides to restore calm. Stop the violence now.”

Stop the fire immediately. We’re escalating towards a full scale war. Leaders on all sides have to take the responsibility of deescalation. The cost of war in Gaza is devastating & is being paid by ordinary people. UN is working w/ all sides to restore calm. Stop the violence now

Many of the rockets were intercepted by Israel’s Iron Dome air defense system, but several struck Tel Aviv, setting a bus ablaze and killing one Israeli woman. Thousands of Israelis spent the night in bomb shelters.

An Israeli soldier was also killed on Wednesday when Palestinian militants fired an anti-tank missile from Gaza, the Israel Defense Forces (IDF) said in a statement. Two soldiers were injured in the same incident, the IDF said.

In Gaza, which has few bomb shelters and no air defense system, several buildings and apartments were damaged by Israeli airstrikes. One of those strikes destroyed Al-Shorouk Tower, a 14-storey building in the southern Gaza strip on Wednesday evening, the third high-rise to be targeted in recent days. The IDF said the tower housed Hamas military intelligence offices, as well as infrastructure used by “the terror organizations to communicate tactical-military information.”

People in Gaza were in a “state of panic” due to the ongoing Israeli bombardment, said Ashraf al-Qidra, the Palestinian health ministry spokesman in Gaza.

Al-Qidra said Israel had deliberately targeted civilian homes and crowded residential neighborhoods, adding that 43% of the victims of strikes in Gaza were children and women.

Omar Shaban, founder and director of PalThink for Strategic Studies, told CNN that Gazans felt trapped. “I am in Gaza now. I am in my home. I cannot get out. Gaza is too small,” he told CNN. “You cannot escape from one place to another place.”

The Israeli military says it does everything it can to minimize civilian casualties when it is carrying out attacks.

Earlier on Wednesday, the Israeli military said it had killed a number of key Hamas officials in a “complex and first-of-its-kind operation” at two separate locations. Among the dead, it said, was a Hamas Brigadier General and the head of the militant group’s “cyber and missile improvement system.”

Also on Wednesday, Israeli defense minister Benny Gantz said the IDF had hit command squads and Hamas infrastructure in an hours-long “string of serious strikes.” “We have hit many hundreds of targets. Buildings are falling, factories are collapsing, terror tunnels are being destroyed and commanders are being eliminated. All means and all options are on the table,” he said, speaking in the city of Ashkelon, north of Gaza .

There is currently “no end date” for the military operation against Gaza, Gantz also said.

Hamas leader Ismail Haniyeh said in a televised speech Tuesday night that the group was ready if Israel ramped operations up further. “If [Israel] wants to escalate, we are ready for it, and if it wants to stop, we’re also ready. If they want to remove their hand over Jerusalem, we’re ready,” he said.

The militants say their offensive is a response to the actions of Israeli police who fired stun grenades inside the Al-Aqsa Mosque in Jerusalem — one of the city’s holiest sites — on Monday morning.

Hundreds of Palestinians went to hospitals for treatment after ensuing clashes with Israeli police. Video showed Palestinians throwing rocks and stones in sustained battles in and around the mosque with police, who fired rubber coated bullets, as well as stun grenades. The violence was the most serious the city has seen in years.

The chief prosecutor of the International Criminal Court warned Wednesday that possible war crimes were being committed as the conflict escalated.

“I note with great concern the escalation of violence in the West Bank, including East Jerusalem, as well as in and around Gaza, and the possible commission of crimes under the Rome Statute,” Fatou Bensouda said in a statement posted on Twitter. “I echo the call from the international community for calm, restraint and a stop to the violence.”

Meanwhile, there is growing concern over violent unrest in a number of towns in Israel with a majority Arab population. On Wednesday, Israel declared a state of emergency in the central city of Lod after a second night of clashes between Jewish and Arab communities, which saw a synagogue set on fire.

A CNN team driving through Lod early Wednesday saw streets strewn with rocks and burnt out cars on the side of roads. “We have lost control of the city and the streets,” Lod Mayor Yair Revivo told Israel’s Channel 12 News.

In a sign of how seriously Israel’s leadership takes the unrest in Lod, Prime Minister Benjamin Netanyahu made a visit to the city at 2 a.m. Wednesday morning to talk to local leaders.

Israel also said Wednesday it was sending reinforcements to mixed cities to quell the violence.