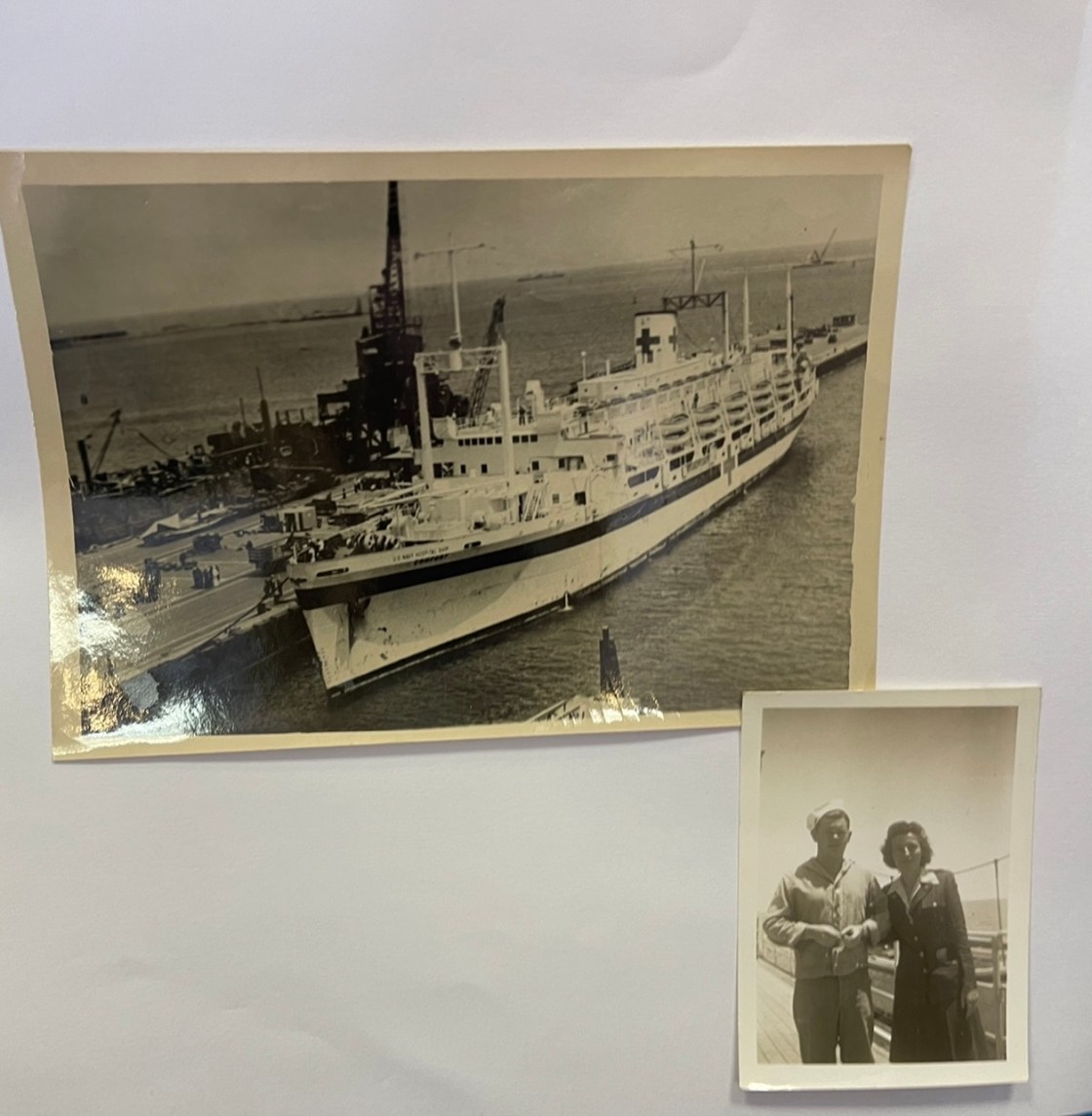 “That plane flying over, I felt like the Queen of England,” says Howard.

The hospital held a ceremony in her honor.

“I’m just so delighted to be here,” says Howard.

She was one of seven nurses who set up the hospital. Her first job was to get everything from beds to surgical instruments and keep the hospital stocked. She then transitioned to E.R. surgical nurse.

She couldn’t help but notice her old workplace’s transformation, “There is no comparison, we just had the basics as I look back, just the basics bandages, pills and injections.”

What does compare in her eyes, her service during the war and today’s fight, “And now we’ve got the virus and that’s scary too.”

Council members Lisa Middleton and Grace Garner read a proclamation on behalf of the City of Palm Springs that highlighted her time at the army hospital caring for the wounded at the hospital and her heroic actions aboard the E.S.S. Comfort warship that was attacked by a kamikaze.

“Ignited a massive explosion and threw Doris who weighed 90 pounds off her feet and into the bulkhead where she cracked her head and soon discovered she lost her hearing but despite of her injuries refused to abandon her post or the servicemen in her care, even with orders to abandon the ship,” read Garner.

Linda Evans, the mayor of the City of La Quinta presented her with an award on behalf of the city, “For your incredible bravery, dedication to our country, your service,” she said.

Evans, who is also chief strategist for Desert Care Network called Howard an inspiration, “She’s a tough one, she didn’t give up … she continued to just serve others and she continued whether she was injured, whether they’re being attacked, she continued to serve because that was her calling.”

Howard has earned a special place in many hearts, especially in the ones who served our country.

“We wanted to present you with this medal … you helped protect us, you helped keep us going and fighting for another day, so I just want to tell you thank you from the Post 519 and all of our veterans, we are so grateful for your service,” said Noel Arvizu, U.S. Marine Corps veteran.

At 101-years-old, Howard has some words of wisdom to anyone wanting to join the nursing ranks, that can be applied to just about anything, “Stay with it, do what you can, just keep going, don’t be afraid, just do what’s before you and just keep moving forward.”