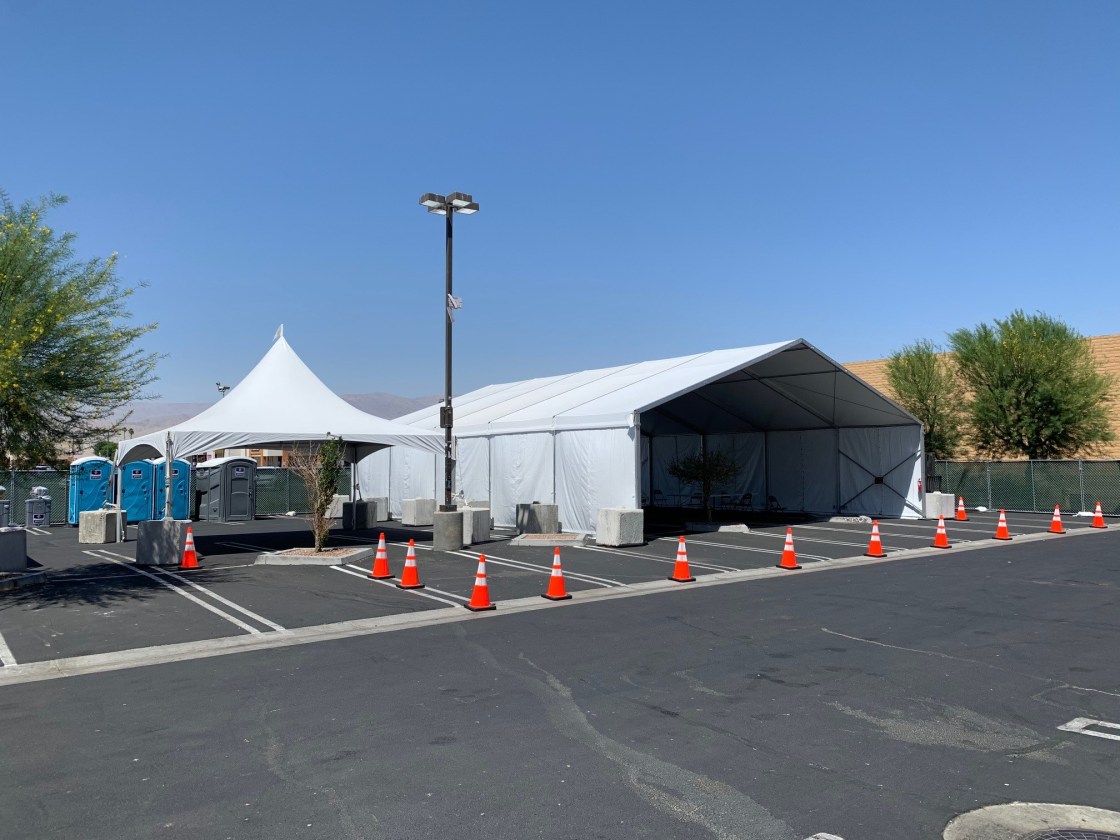 A new COVID testing is now offering vaccinations for the growing number of asylum seekers in the Coachella Valley.

“A lot of the arrivals are getting onto mass transit, either buses, trains and planes. We want to make sure that it’s not just our community, that whenever they travel to their final destination in the country, that they’re as safe as possible,” said Shane Reichardt, a senior public information specialist for Riverside County’s Emergency Management Department.

According to the county, out of the more than 2,000 asylum seekers who’ve arrived in Riverside County since March, about half have tested positive or needed to quarantine.

The increasing numbers have led officials to designate one specific testing location for the group, as opposed to various sites around the county.

“As the numbers increase, we needed help, so we asked the state. The state was able to come in. The state chose the location there in Indio,” said Reichardt.

Those who test positive for COVID are able to isolate at local hotels to reduce community spread, and the state will be absorbing the costs or refunding the county for additional expenses.

The state’s Secretary of Health and Human Services says the goal is to slow transmission, even as immigration numbers continue to rise.

“We’re setting up a set of resources around thoughtful quarantine and isolation and guidance, not just testing, and are working hard to make sure that those resources are sufficient to meet the demands,” said Dr. Mark Ghaly.

Positive tests are not counted in Riverside County’s case numbers, however several local groups have stepped in to help asylum seekers in the area.

As demand increases, county officials say they may have to open a second site in the county as well.

“there is a plan, they’re trying to open up a location in the western side of the county with a similar facility to be able to provide those services,” said Reichardt.