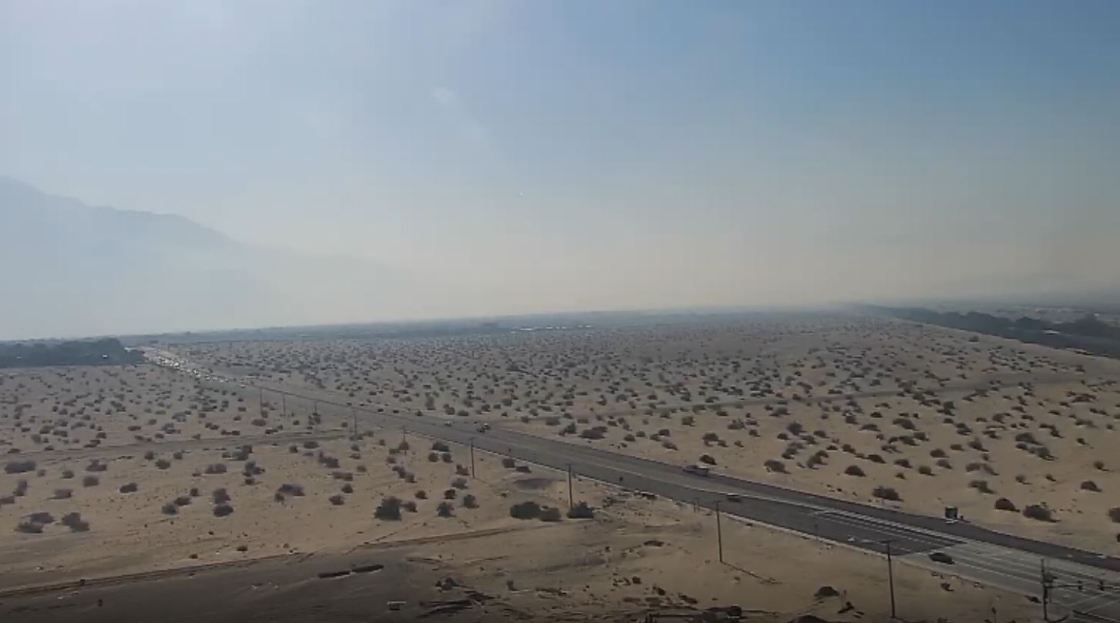 Smoke lingers in the Valley due to three different fires

Residents across the Coachella Valley are smelling smoke Tuesday evening as a possible result of three separate fires.

One fire is burning in Cabazon in the area of Esperanza Avenue and Almond. It was reported around 4:22 p.m., but it’s unclear how many acres it’s burned.

The second fire is at a farm grove in Thermal. This fire was reported around 4:35 p.m. on Airport Boulevard near Westside Elementary School. The is little information known at this time about this fire as well.

The third is a brush fire Moreno Valley that charred 300 acres.

Two 5-acre fires were initially reported at about 1:20 p.m. in the area of Davis Road and Theodore Street, according to the Riverside County Fire Department.

The fires eventually combined into what firefighters are calling the Davis Fire, which quickly exploded to devour 300 acres. As of 3:30 p.m., the brusher was 5% contained, and the forward rate of spread had been halted.

No injuries were reported and no homes were threatened, fire officials said.

The cause of the fire was unclear.