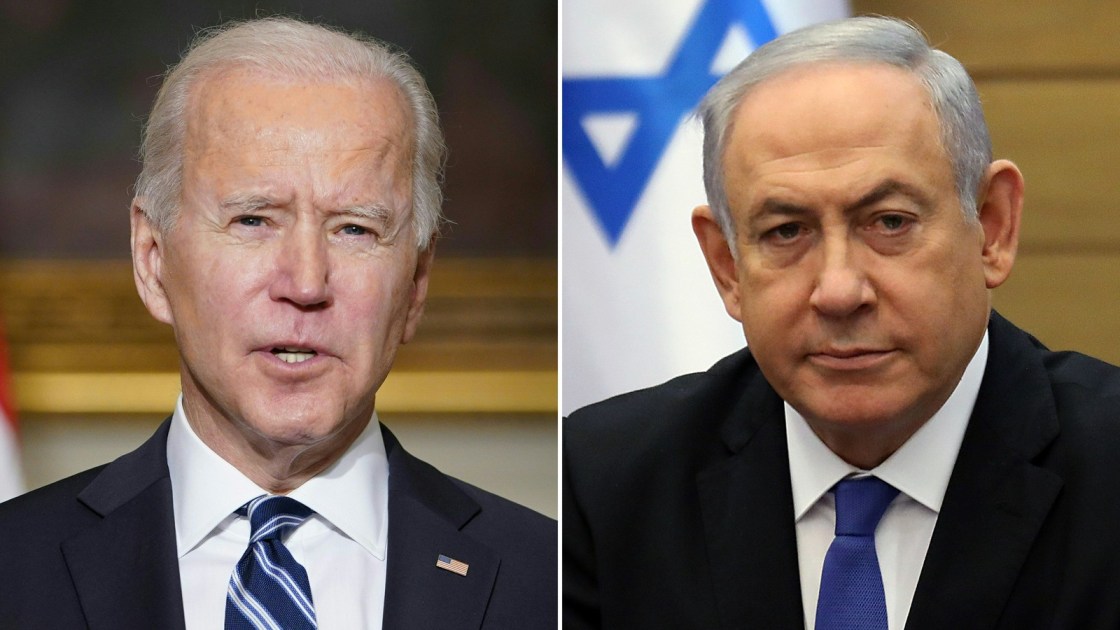 President Joe Biden on Thursday touted the ceasefire between Israel and Hamas during a hastily arranged White House speech in response to the quick-moving developments in the Middle East.

“We’ve held intensive high-level discussions, hour-by-hour, literally, (with) Egypt, the Palestinian Authority and other Middle Eastern countries with the aim of avoiding the sort of prolonged conflict we’ve seen in previous years when hostilities have broken out,” Biden said.

It was the first time in a week that Biden has spoken publicly about the fighting that has raged between Israel and Hamas. His remarks come as Israel and Hamas announce a ceasefire after the 11-day conflict. In a blunt phone call with Israeli Prime Minister Benjamin Netanyahu on Wednesday, Biden for the first time set a deadline for violence to ease.

He had became increasingly impatient with Netanyahu, and adopted a more “direct, frank and candid” tone in the call than during any of their previous conversations since the President took office, according to a senior administration official. Biden — who has a relationship with Netanyahu that stretches back decades — did not hold back, the official added.

It was the two leaders’ fourth phone call in a week as violence intensified between Israel and Hamas militants in Gaza. The White House has used progressively more urgent language to describe each conversation, even as officials described a diplomatic effort focused more on behind-the-scenes pressure than public cajoling.

Biden, who’s been viewed as a firm supporter of Israel for his entire political career, had come under pressure from members of his own party to speak out more forcefully against Israel’s actions.

In their conversation early Wednesday, Biden wanted Netanyahu to take his stern warning seriously, given he had quietly waited days to deliver it, several people familiar with the matter said. Part of Biden’s calculus in remaining quiet publicly had been a worry Netanyahu would ignore public demands to de-escalate.

After the White House said Biden told Netanyahu “he expected a significant de-escalation today on the path to a ceasefire,” the Prime Minister emerged from a visit to an Israel Defense Forces command center to proclaim he was “determined to continue this operation.” And on Wednesday, dozens of Israeli warplanes launched a series of airstrikes on several Hamas targets.

The news came after Biden placed a telephone call to Egyptian President Abdel Fattah el-Sisi on Thursday as part of his effort to lean on regional leaders to help broker an end to the violence. The US does not engage formally with Hamas, which it has labeled a terror organization, and must rely on countries like Egypt and Qatar to wield influence on the group.

US officials pushed hard to avoid the conflict stretching into next week. One official said Biden’s strategy in dealing with Netanyahu could have shifted further if the violence did extend into another week.

Biden made clear to Netanyahu on the call that international pressure would increase if the military campaign continued. And he’s informed Netanyahu of the new politics in the Democratic Party surrounding Israel.

But he wasn’t left with any assurances from the Israeli Prime Minister that his entreaties would be heeded. Netanyahu offered Biden no specific pledge to wind down the violence.

Biden had been wary of publicly applying pressure on Netanyahu, believing the tactic would backfire. But Netanyahu’s comments over the past day that he plans to continue the operation have strained Biden’s patience, according to officials.

The United States has used its veto power at the United Nations Security Council to block any formal reaction to the violence, saying it prefers to use its own diplomatic powers to calm things down.

Internally, officials are hopeful that Netanyahu is being politically strategic and plans to wind down the operation soon. “There are disagreements on timing,” the senior official said, but they are working through it.

The current US assessment is that Israel is close to running out of fixed targets in Gaza, according to a US official who is tracking the situation closely. At this point, the US roughly calculates that Hamas likely still has thousands of rockets in their inventory, the official said.

The conflict is posing an early test for the Biden-Netanyahu relationship, which Biden had not prioritized upon taking office.

The violence over the last several days has exposed a rapidly shifting dynamic in the Democratic Party, where progressive members feel free to openly criticize Israel and even those who have typically supported Israel’s right to defend itself called for a ceasefire.

Independent Sen. Bernie Sanders of Vermont planned to introduce a resolution on Thursday disapproving of the US sale of $735 million in precision-guided weapons to Israel, according to a draft obtained by CNN.

Sanders is the first progressive senator to take the extra step to formally disapprove of the sale. Others like Sen. Brian Schatz, a Hawaii Democrat, have expressed concerns about the arms deal, but Senate Foreign Relations Chairman Bob Menendez told reporters earlier this week he was inclined to back it.