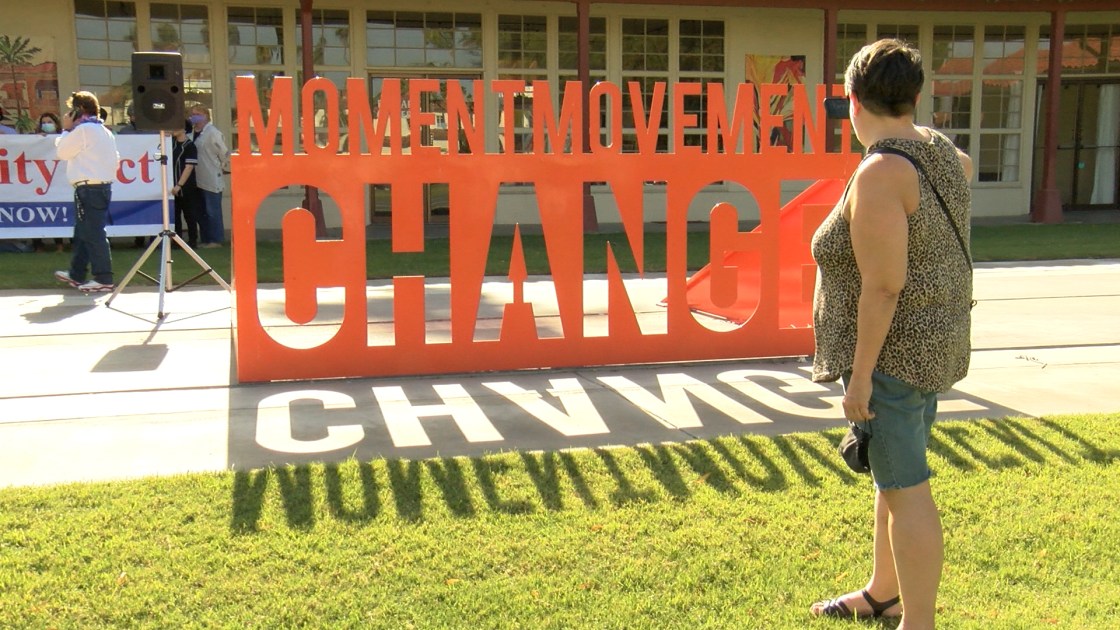 A group of LGBTQ advocates gathered Friday in Palm Springs to call on President Biden and members of the U.S. Senate to pass The Equality Act. NBC Palm Springs was at the press conference where community leaders spoke on their experiences and what they hope will happen in the near future.

“I’m here to recruit the republicans in the Senate to pass the equality act, I’m here to recruit every LGBTQ community and ally, family member, peer, co-worker, community member across this nation to reach out to their senator and to support President Joe Biden as he wants to sign the equality act into law,” said Richard noble with Democracy in Action Coachella Valley.

Noble is most known for his trek across the country in 2011 and 2012 with a rainbow flag in hand in support of an LGTBQ civil rights bill. And with Palm Springs being the first city in the nation to pass a resolution in support of the equality act in 2016, it was only fitting to have members of the city council sharing their experiences.

“When the issue was civil unions they argued that we would destroy marriage, when we achieved marriage equality they argued are marriages were in a front to their religious freedom. today the equality act passed by the house, sits in the senate blocked by the very same coalition that has opposed LGBTQ equality every single step of the way,” said Lisa Middleton, Mayor Pro Tem of Palm Springs.

The Senate this year will have a chance to pass the equality act which would expand the civil rights act to prohibit discrimination on the basis of sexual orientation and gender identification.

“There are over 30 bills in state legislatures across the country targeting transgender children their parents, and their physicians. in 2020 the human rights campaign reports 44 transgender Americans were murdered,” explained Middleton.