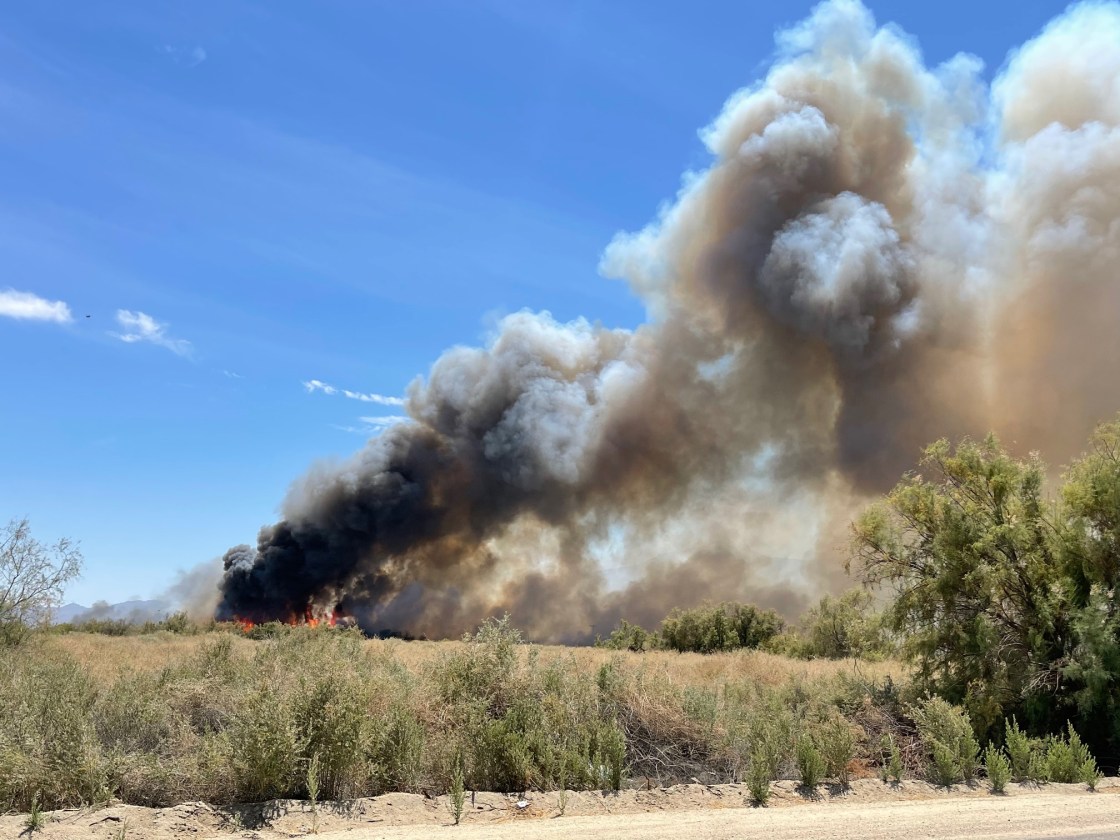 Firefighters Wednesday were working to fully encircle a roughly 21-acre brush fire that broke out in Mecca and prompted Cal Fire aircraft to briefly make runs on the flames.

The non-injury blaze, which was reported at 12:17 p.m. Tuesday in the 89000 block of Avenue 64, was 75% contained as of Wednesday morning, according to the Riverside County Fire Department.

Crews were planning to remain on scene throughout the day, shoring up containment along the fire’s perimeter and monitoring for flare-ups.

The first engine on scene reported a five-acre brusher burning at a moderate rate of spread. Three Cal Fire aircraft were summoned to initiate water drops, but were released after a couple of hours. No homes were threatened, and no evacuations were ordered.

More than five dozen firefighters were on scene initially, including personnel from the Calimesa, Palm Springs and Imperial County fire departments and the Idyllwild Fire Protection District.