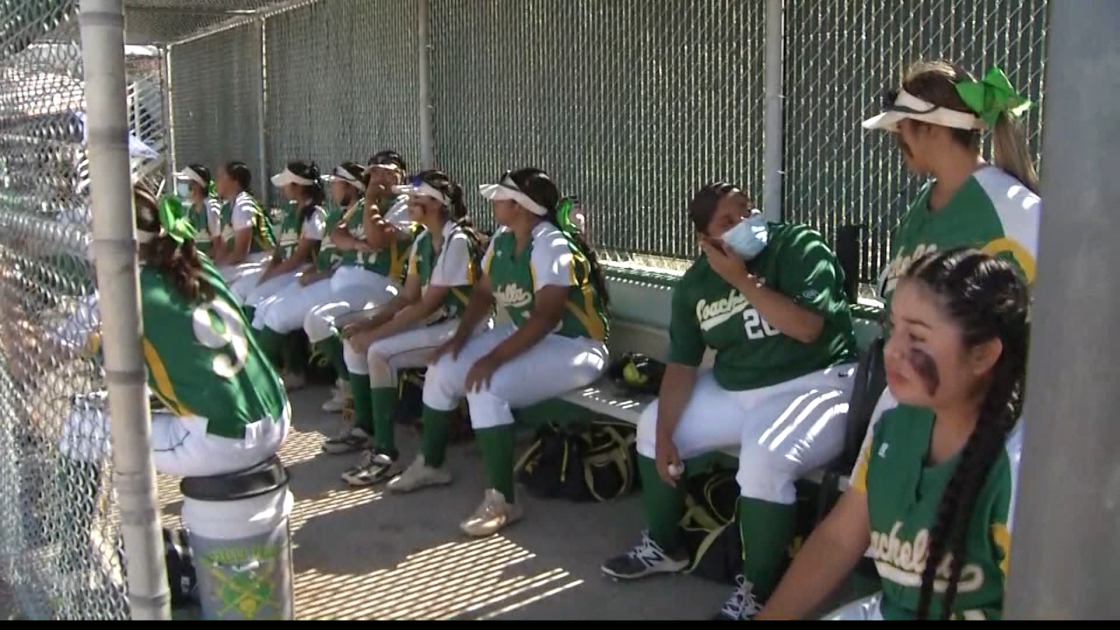 Girls softball in the desert valley league is wrapping up their regular season, and Coachella Valley ends their season with a perfect record at 18-0 after beating Banning 12-2. That includes every regular-season game as well as four non-league match-ups. It has been an amazing year for the Mighty Arabs, their head coach Paul Salow earned his 400th career win this season as well.

According to their athletic director Jason Castillo, the accomplishments of Coach Salow deserve to be celebrated on a larger scale.

“We want to really honor him with naming the stadium after him, you know, ‘Paul Salow Stadium.’ He’s put in the years, put in the work, the sweat, equity, and he deserves it. So it’s in the works, but he knows and he appreciates it but he never wants to accolades you know, he just does it for the love of the game.”

Paul Salow Stadium has a nice ring to it!

The next stop for the Coachella Valley girls softball team is the CIF-SS playoffs, brackets come out Saturday, May 29th.