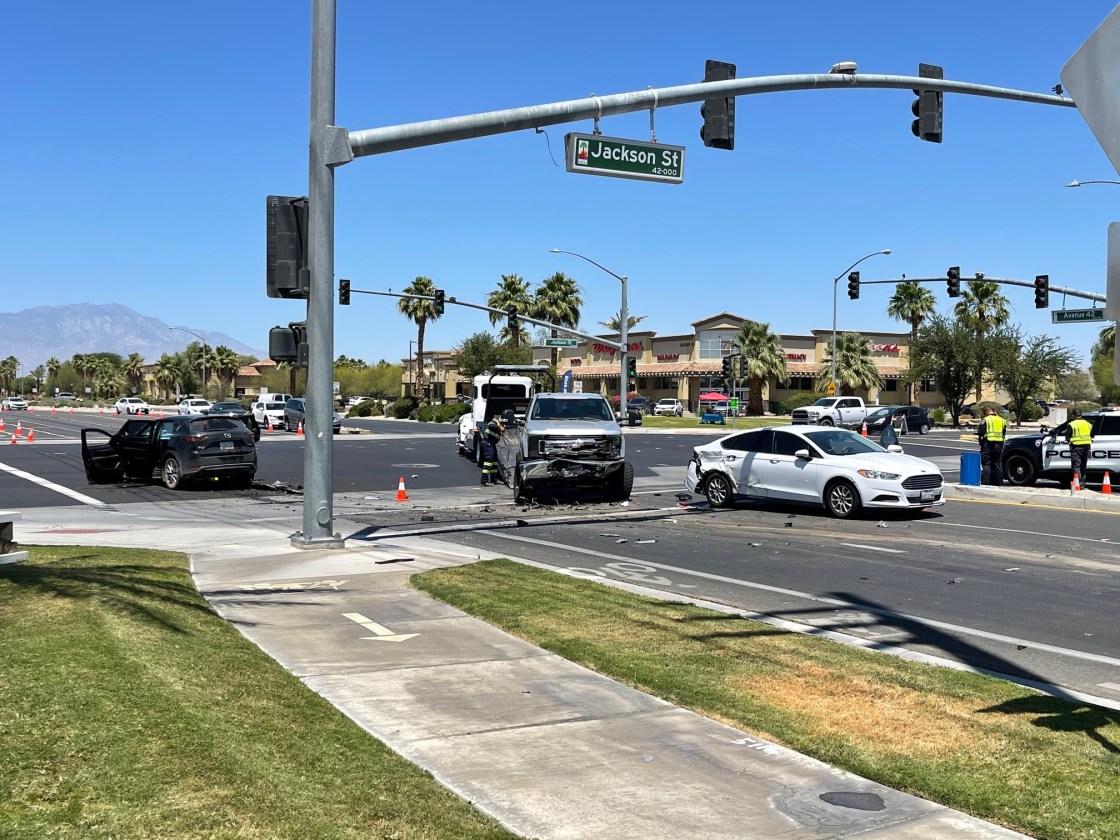 A wrong-way driver was killed and his passenger seriously injured Thursday in a head-on crash in Indio, police said.

The driver was traveling against traffic in the eastbound lanes when his car struck a pickup truck head-on, Guitron said. The truck then jolted backward and into a car behind it, according to police.

The wrong-way driver was pronounced dead at an area hospital. His name was not immediately released.

His passenger, a woman whose name was withheld, suffered injuries described as serious and was also taken to a hospital.

The intersection of Avenue 42 and Jackson Street was completely closed for several hours while crews cleared the wreckage and investigated the cause of the crash. It was partially reopened by early afternoon.