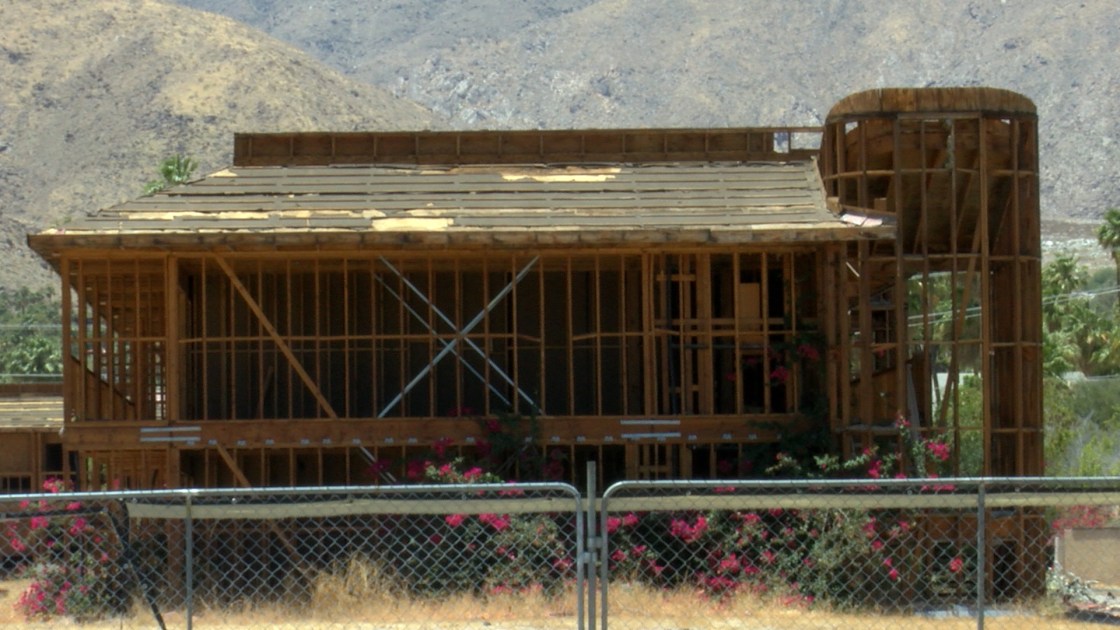 The city of Palm Springs is moving forward on the decision to demolish an abandoned hotel on Palm Canyon Drive. What was supposed to be the Tova Hotel is one of four hotels in the city that some have considered to be an eyesore for years.

“I’m very excited to see that the city of palm springs is actually making some actual tangible steps into seeing this thing go away,” said Andy Mahaffey, General Manager of Rick’s Restaurant.

After the owner of the Tova Hotel filed for bankruptcy, a trustee requested a delay in any city action, but a judge denied that delay making way for the city to demolish the public eyesore.

“Late March of this year the city council authorized our office to proceed with seeking litigation over those properties,” said Jeff Ballinger, City Attorney with Palm Springs.

We spoke to Mahaffey back when the city first announced efforts to move abandoned hotel projects forward.

“For us, I’d like to see it demoed, maybe a beautiful wall built with some mural, welcome to Palm Springs, something in the interim,” explained Mahaffey.

Flash forward to today and Mahaffey says he is looking forward to cleaning up the area and creating a more welcoming Palm Springs.

“Maybe a stater brothers or farmers market or something like that, I don’t know. whatever the city needs, it’d be cool to maybe bring in some sort of, something having to do with modernism or something that identifies with palm springs,” added Mahaffey.

Getting to this point has been a battle for many, including three other hotel properties that have also been asked to continue developing or be forced out. And so far only developers from the Andaz property have responded.

“Those owners came to the city council at a recent city council meeting and provided a timeline that they expect to complete that. if we don’t see progress from them and the others then we are proceeding with litigation,” said Ballinger.

“If this is the only legal way that the city has to get it done, then I’m all for it,” said Mahaffey.

Before a date can be scheduled for the demolition, the city of Palm Springs still has to decide which company will be handling the project.