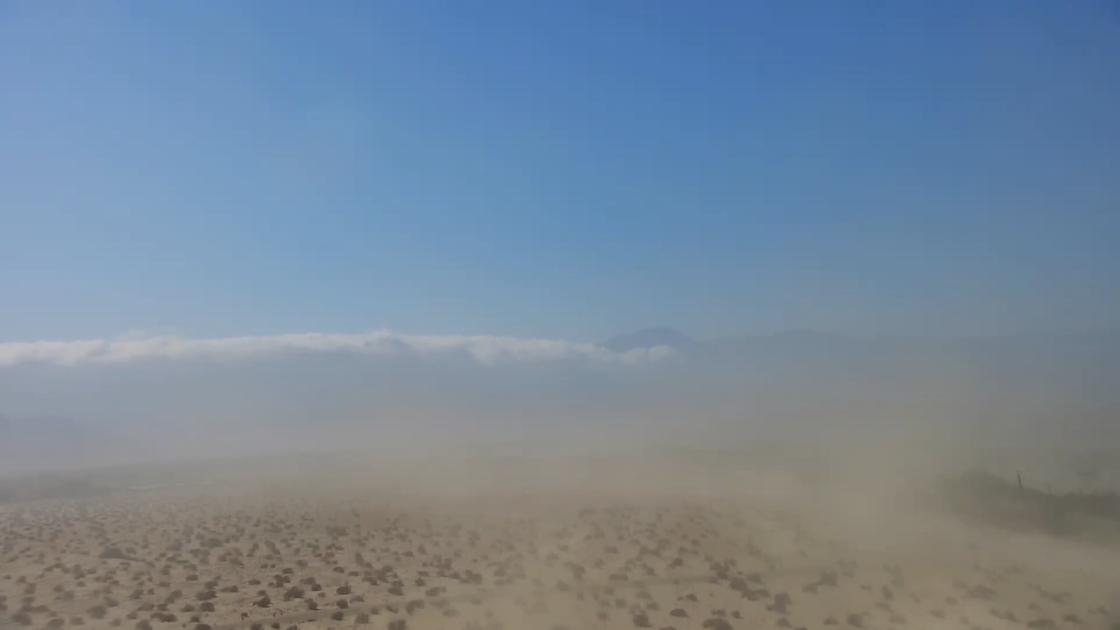 A windblown dust advisory will go into effect Monday afternoon in the San Gorgonio Pass area near Banning and the eastern Coachella Valley due to strong wind gusts.

The National Weather Service is forecasting westerly wind speeds between 25 and 35 mph in the mountains and deserts, with gusts between 50 and 60 mph, triggering the dust advisory, which will be in effect from 2 p.m. Monday through 6 a.m. Tuesday.

High winds could kick up dust and create unhealthy air conditions, according to the South Coast Air Quality Management District.

Residents in wind-impacted areas are encouraged to limit exposure by remaining indoors with windows and doors closed, and to avoid vigorous physical activity.

The weather service said blowing dust and sand in the deserts may also greatly reduce visibility.

Residents can check their air quality in real time by downloading the South Coast AQMD app — http://www.aqmd.gov/mobileapp — available in English and Spanish, or by viewing the AQI map found at the bottom of the http://www.AQMD.gov homepage.