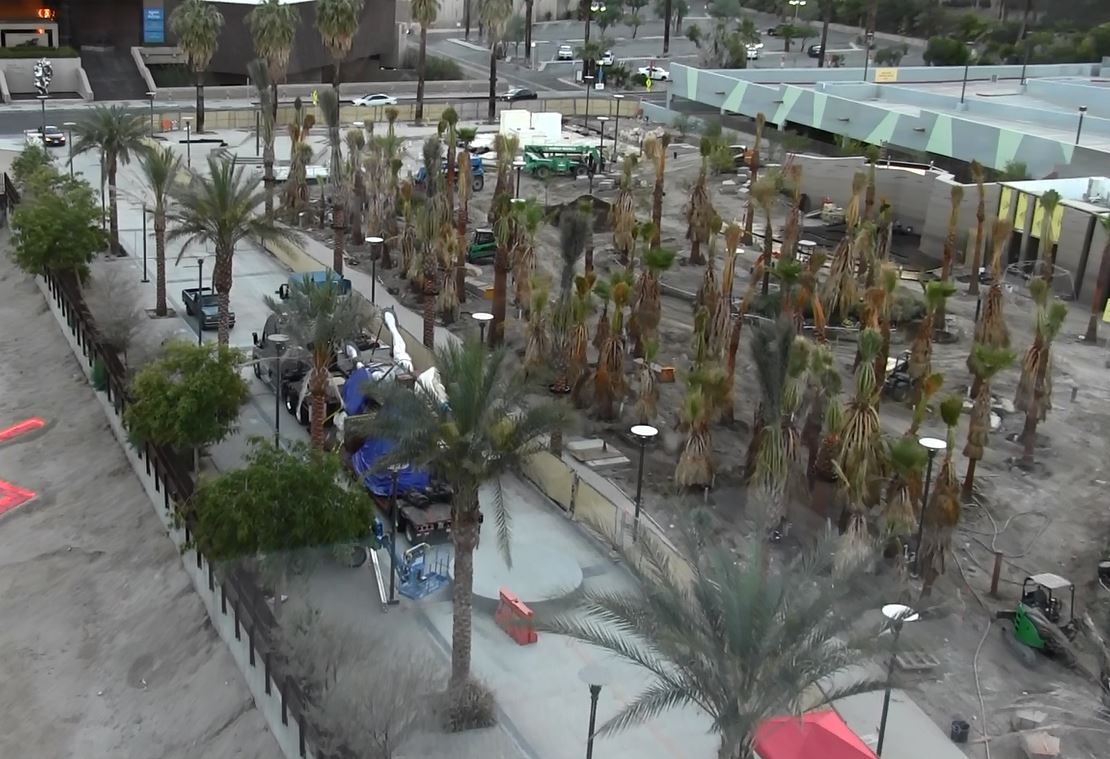 A small fire broke out Friday at the location where an enormous sculpture of Marilyn Monroe is being erected in downtown Palm Springs, though the statue was undamaged.

The non-injury blaze was caused by a welder working to install the piece named “Forever Marilyn” and bubble wrap on the statue caught fire from the welding materials, as reported in the Desert Sun.

The incident was reported just after 1 p.m. at the corner of Museum Way and Belardo Road, according to the Palm Springs Fire Department.

Capt. Nathan Gunkel said a single-engine crew responded and that firefighters found that the blaze had already been extinguished prior to their arrival.

Installation of the sculpture depicting Monroe’s iconic dress-flying pose from the 1955 romantic comedy “The Seven Year Itch” began on Wednesday on city-owned land just east of the Palm Springs Art Museum. The humongous sculpture recreates the moment in the film in which Monroe’s white dress surges up toward her waist as she stands on a windy Manhattan subway grate.

It arrived in several pieces, which will require a 60-ton crane to hoist into place.

PS Resorts, the nonprofit tourism organization that owns the statue that was previously on display in the city for several years, has scheduled a public unveiling ceremony for June 20 at 7 p.m. The organization purchased the 26-foot-tall sculpture from Seward Johnson Atelier in February for $1 million, plus installation costs.

The Palm Springs City Council approved a location agreement with PS Resorts in December. The agreement includes a term of up to three years and requires periodic updates back to the council.