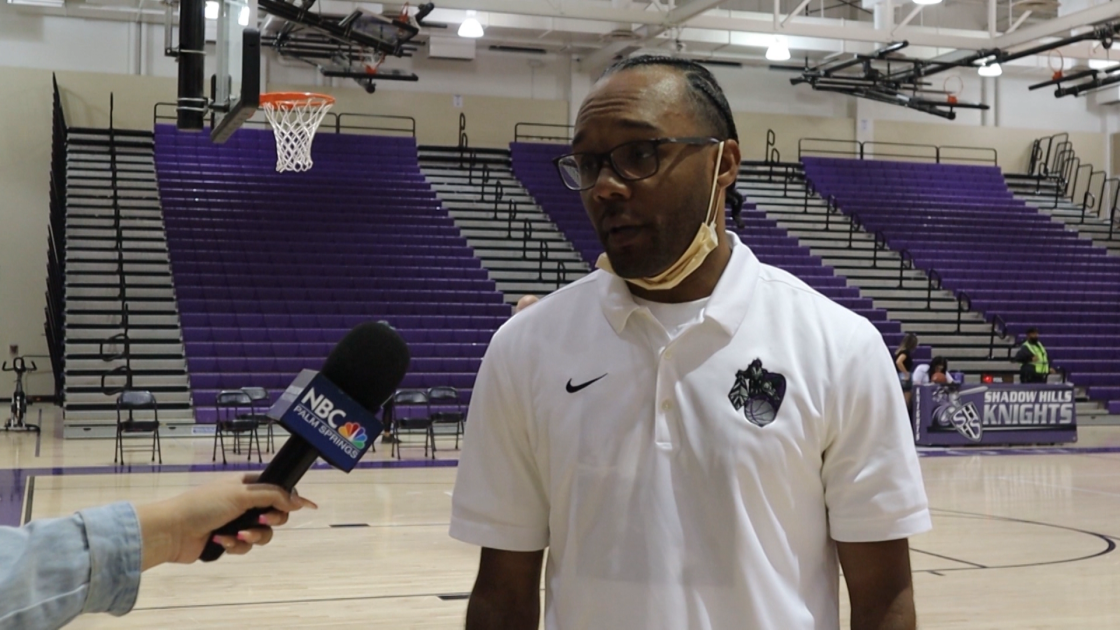 35-year-old Towner was arrested by deputies in the area of Jefferson and Fred Waring in Indio around 9:00 a.m.

All coaches from both the boys and girls basketball teams at SHHS were let go from their coaching duties. Desert Sands Unified School District announced earlier this week that SHHS was looking to hire new coaches.

“Shadow Hills High School’s principal and athletic director informed the coaches for both boys and girls basketball teams that they were looking to take the program in a different direction and are currently seeking new coaches,” read the statement from DSUSD Public Information Officer, Mary Perry, “All DSUSD coaches are hired for a single season with an end of the year review of team performance and growth with a look at future athlete and team development.”

NBC Palm Springs asked DSUSD for comment after learning of the arrest and Perry said they are not commenting on the incident, but they are conducting their own investigation.

Towner was a coach for Shadow Hills for three seasons and led his team to a CIF Championship last season.