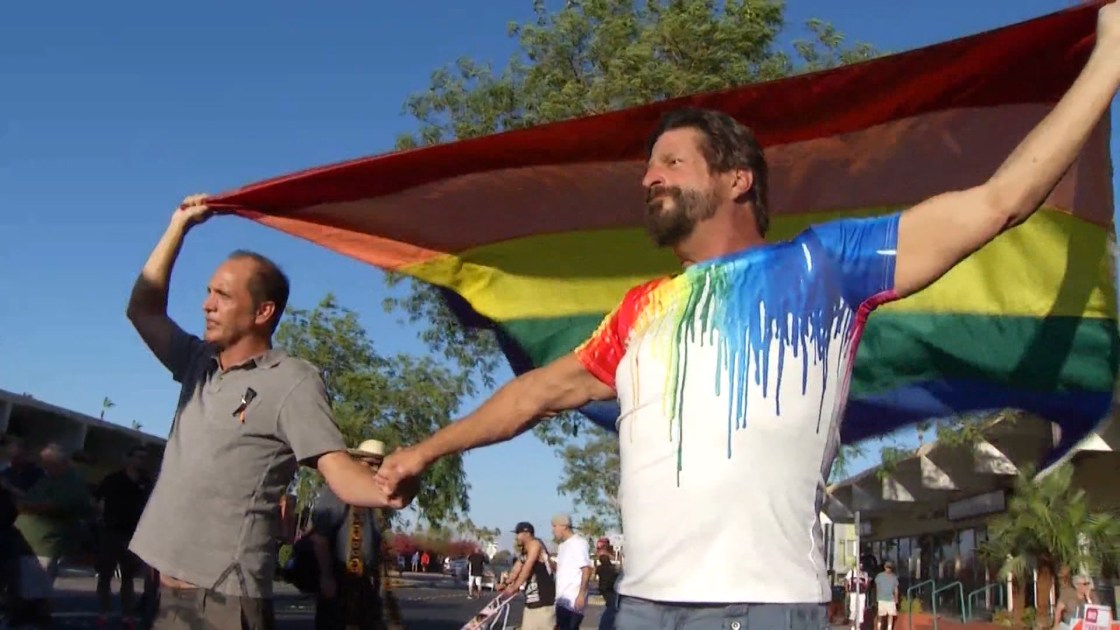 Five years ago on Arenas Road, the Palm Springs community came together in big numbers after the tragic shooting at Pulse Nightclub.

And on Friday as community leaders are coming together to commemorate the new historic legislation and to memorialize Pulse Nightclub, NBC Palm Springs took a look back at how our community reacted, and what is being done today.

“Those of us within the LGBTQ+ community know who it was that was targeted at Pulse, we were. We were left to bury our dead,” said Lisa Middleton, Mayor Pro-tem of Palm Springs.

Being the largest mass shooting at that time, in 2016. It triggered a wave of emotions, pain, and anger, and here in the Coachella Valley at memorials in the wake of the massacre, outrage.

“I’m going to tell them to stop their (explicit). To give universal background checks and to make sure that nobody lives in fear of gun violence in our nation,” explained Congressman Raul Ruiz.

Congressman Ruiz responding to a face in the crowd asking what he planned to do. Congress, however, has not enacted any significant gun reforms.

A year after the shooting, the wounds were still fresh when we spoke with activist Miguel Navarro.

“We shouldn’t let fear or any kind of violence or hate come in between any of that. pulse nightclub was hosting a Latin night, to me it really hit home,” explained Navarro.

Bringing us to today. Five years after the massacre, a virtual gathering of representatives in government and the LGBTQ community, acknowledging the importance of legislation President Biden signed designating the Pulse Nightclub as a national memorial site.

“This will always be personal to me and this will always just cut that much deeper because I see myself and I see my friends on the list of those 49, and so I hope that this memorial adds an additional space of healing and remembering of those beautiful souls. Let the work and pressure continue for meaningful gun reform to be passed,” added Navarro.

“2019 the FBI reported that 1 in 5 hate crimes in the United States targeted the LGBTQ+ community, violence against our community remains a fact of life, particularly for gay men and transgender women,” said Middleton.

Local leaders also used the day as a reminder, saying there is no room for hate in our valley cities.