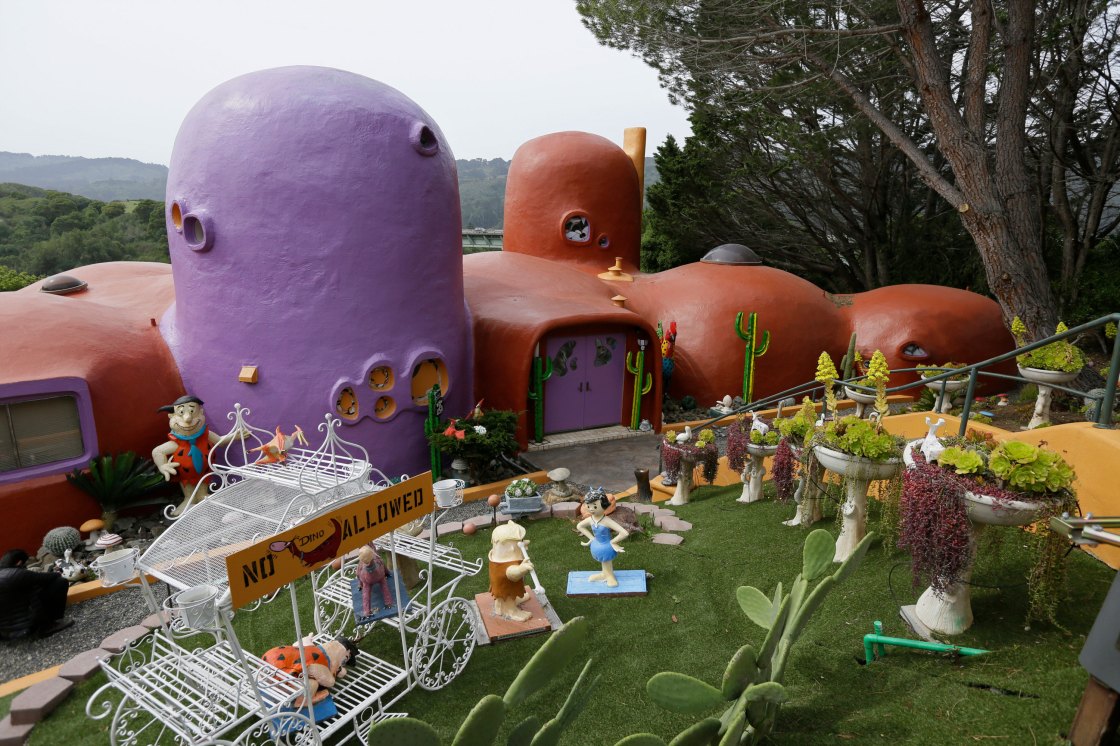 Fred and Wilma get to keep their house, and all of their dinosaurs, too.

Florence Fang, the owner of the colorful, dome-shaped “Flintstone House” in Hillsborough, California, can keep her garden collection of dinosaurs and eye-catching “Flintstones” sculptures after settling a lawsuit with local officials, according to city records and The Palo Alto Daily Post.

The town, a suburb of San Francisco, called the multimillion dollar homage to the 1960s cartoon a “public nuisance” and filed a lawsuit against Fang in 2019 for making landscaping changes that it said violated codes and for not complying with orders to stop working.

Fang, a businesswoman of Chinese origin and former owner of two local newspapers, then countersued Hillsborough, accusing it of discriminating based on her nationality.

Now, as part of the settlement, Fang can apply for building permits for changes to the property, while the town will review and approve a survey of the landscaping updates, according to city records. Hillsborough will also pay Fang $125,000 and she will drop the countersuit. The case was dismissed by the county superior court on April 27, though no public announcement was made at the time due to a gag order, according to The Palo Alto Daily Post.

The Florence Fang Family Foundation’s website has an entire page dedicated to the cartoon-inspired architecture, which is visible from a California highway and has gained international attention.

The house, which was built in the 1970s and purchased by Fang in 2017, appeals to Fang’s “childhood fantasies,” the website says.

Fang’s grandson said in a 2019 statement that his grandmother would “fight to save the Flintstone House,” according to The Palo Alto Daily Post.

“I think the dinosaurs are beautiful. They make everyone smile and should stay,” Sean Fang said at the time.

Representatives for Florence Fang did not immediately respond to a request for comment. Hillsborough officials told CNN they had no comment on the matter.