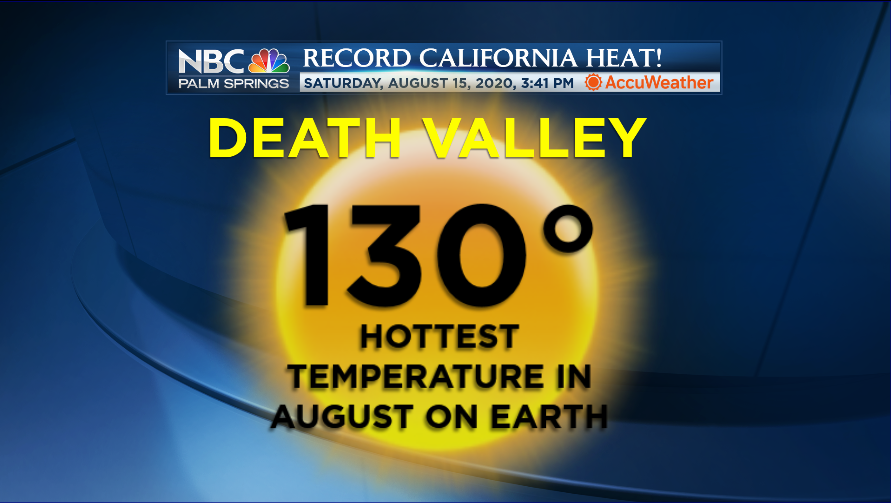 As a heat wave shatters temperature records from Palm Springs to Canada, those who predict weather and study climate say we should expect more of them and temperatures to continue to rise. The hottest temperatures on record have been recorded within the last five years.

Dan Gregoria, a meteorologist with the National Weather Service in San Diego says recently the national averages were raised by a few degrees, hotter is the new normal.
“For those living in the desert that means more prolonged heat waves and the heat will even become more intense as well, we’ll see the heat season expand so even early season, spring heat and heat waves lasting further into the fall season,” says Gregoria adding the extreme event causing more than 20 million people to be under an excessive heat warning is eye opening.
Climate scientist Zeke Hausfather, the director of climate and energy at the Breakthrough Institute says this weather event is one for the books, “It might be the most extreme event purely in terms it is above normal that has ever happened anywhere in North America.”
He says global warming is real, “The basic fact that the world is warming and our activity is causing it pretty much undisputed in the scientific community.”
And the change in our climate is already impacting people, plants and animals across the globe, “But what worries me is a lot of the impacts that we’re going to start to see and that we’re already seeing in the macro world is that a lot of plants and animals that only live in certain climate ranges and if those climate ranges are changing faster than those animals can adapt or move you’re going to have a lot of stress in species.”