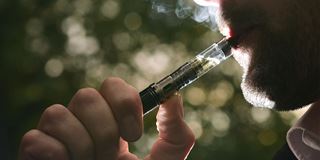 Vaping during pregnancy makes women 33% more likely to have a low birth weight baby than expectant mothers who don’t use electronic cigarettes, according to a UCLA-led study released Wednesday.

Findings from the study, which also involved researchers from the U.S. Centers for Disease Control and Prevention, are published in the July edition of the peer-reviewed journal Obstetrics & Gynecology.

The researchers analyzed data on about 80,000 mothers from the 2016-18 Pregnancy Risk Assessment Monitoring System, or PRAMS, a CDC-coordinated project that collects information nationwide on maternal experiences before, during and shortly after pregnancy.

“Although only a small percentage of people used e-cigarettes, we were surprised with how many used both e-cigarettes and combustible cigarettes during pregnancy,” said Regan, who also teaches at the University of San Francisco’s nursing school. “We found increased rates of low birth weight for e-cigarette users, and this occurred even for those who didn’t also smoke cigarettes.”

The team reported that among users of e-cigarettes, whether exclusively or in combination with regular cigarettes, the rate of low birth weight births was 8.1%, compared with 6.1% for non-users — an increased prevalence of 33%. However, they also found that among those who vaped exclusively, low birth weight births jumped to 10.6%, and the rate of preterm births was 12.4%, compared with 7.6% for non-users. Those increases were not seen among dual users of e-cigarettes and regular cigarettes.

“These findings are important, since being born early means a baby has less time in the mother’s uterus to grow and gain weight,” Regan said. “Much of a baby’s weight is gained during the latter part of pregnancy.”

Nicotine, which is present in both regular and e-cigarettes, is considered a developmental toxicant by the CDC, one that can have a detrimental effect on fetal development. Because the researchers found that low birth weight was more common among women who used e-cigarettes frequently than among occasional users, it is possible that the amount of nicotine exposure is linked with these harmful effects. However, they said, more research is needed to confirm this.