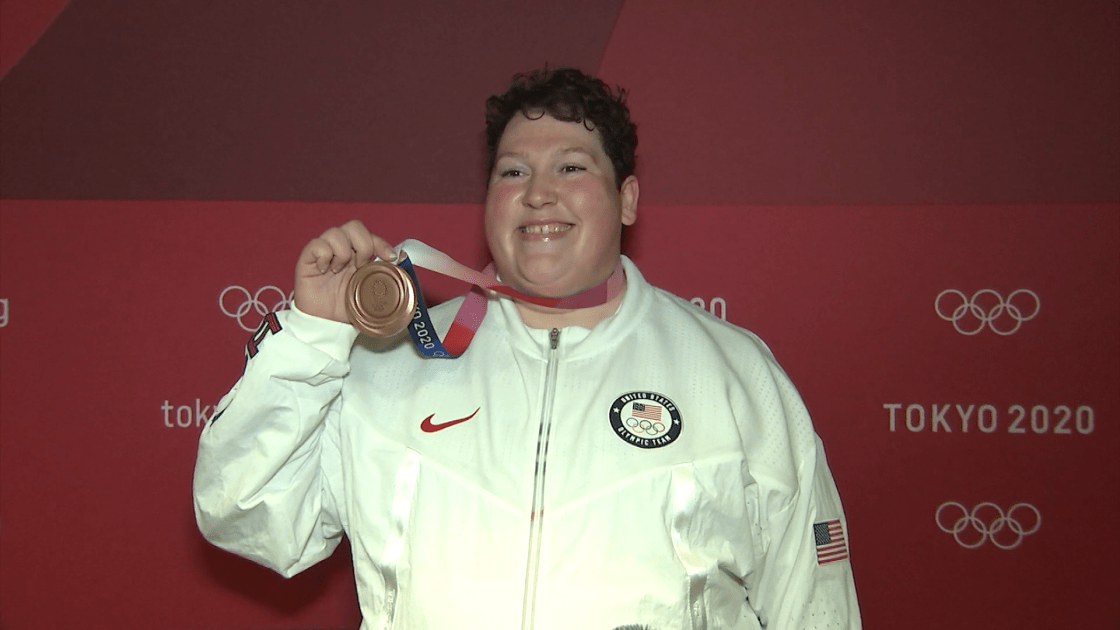 Sarah Robles is a Desert Hot Springs native and three-time Olympian who took home the bronze medal for Team USA in the women’s weightlifting +87kg competition at the 2020 Tokyo Olympics. Sarah also has a bronze medal from the Rio 2016 Olympics, making history as the first American woman to win two Olympic medals in weightlifting.

“I’m super pumped,” Robles said to NBC Sports in Tokyo. “That’s what I’m happy about, to make some history.”

Back home in the states from San Jacinto, California, her family threw a celebration watch party in honor of her victory. Her brother, Glen Robles could not be more proud of her.

“Coming from where she’s been, to where she is now, I mean, she’s one of the best in the world. That’s a huge mark to make in history, to win the two bronze (medals) and there’s not much more to say than that. We’re really extremely proud of her.”

Her mother Joy Robles is just as excited and happy for her daughter.

“I’m always proud of her, and she’s just such a kind, kind person. It would be hard not to be proud.”

Sarah also sent her mom and brother a surprise gift from across the world, and it truly touched their hearts. It was a family caricature photo that included Sarah’s late father, who passed away just before she began her Olympic weightlifting journey.

“He got to see her do different things, but then when she changed to be a weightlifter, he had passed away so he was never ever been able to see her do it,” Joy says, “I’m sure he’s looking down on her.”

When asked about the importance of family and friends getting together to celebrate their favorite Olympian, Joys simply says, “I think it’s freaking awesome.”