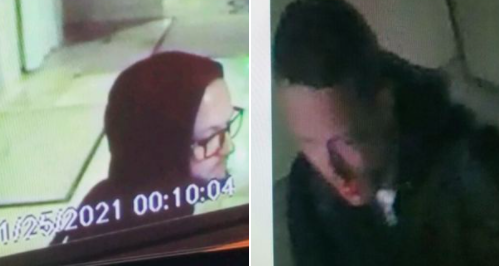 A 31-year-old man accused of trying to kidnap an 8-year- old boy, whose father came to his son’s rescue at a Palm Springs hotel, died due to a fentanyl overdose, authorities said Tuesday.

Joseph Ryan Harvey of Bermuda Dunes was pronounced dead at about 6:45 a.m. on May 24 somewhere in Bermuda Dunes, according to the Riverside County Sheriff’s Department.

Sgt. Deanna Pecoraro told City News Service that an autopsy of Harvey also found he suffered from hypertrophic cardiomyopathy, which is a heart- related disease.

Additional information about his death was not provided.

Harvey was arrested Jan. 26 on suspicion of attempting to abduct the youngster two days before at a hotel in the 400 block of East Tahquitz Canyon Drive.

At the time of his most recent arrest, the defendant also had an active bench warrant out for his arrest since December stemming from an unresolved misdemeanor drug case.

According to the Palm Springs Police Department, Harvey was identified as the kidnapping suspect through witness testimony, surveillance footage and facial trauma that investigators say he suffered in the altercation with the boy’s father.

Patrol officers were sent to the hotel at about 11:20 p.m. that night and learned that the youngster was snatched while on his way to visit friends a few rooms away from where he was staying with his father, police said. Police did not identify the hotel, but there is a Hilton property at that address.

When the boy’s dad arrived at the friends’ room to check on his son, he was not there, police said.

“The father began searching for his son and saw him being held by an unknown male and walking through the hotel,” according to a police statement. “A confrontation occurred between the father and suspect that left the suspect with facial injuries.”

Police said Harvey escaped before officers arrived. Police said the victim’s family — whose names were withheld — did not know Harvey, who has a prior felony conviction in Riverside County for burglary.