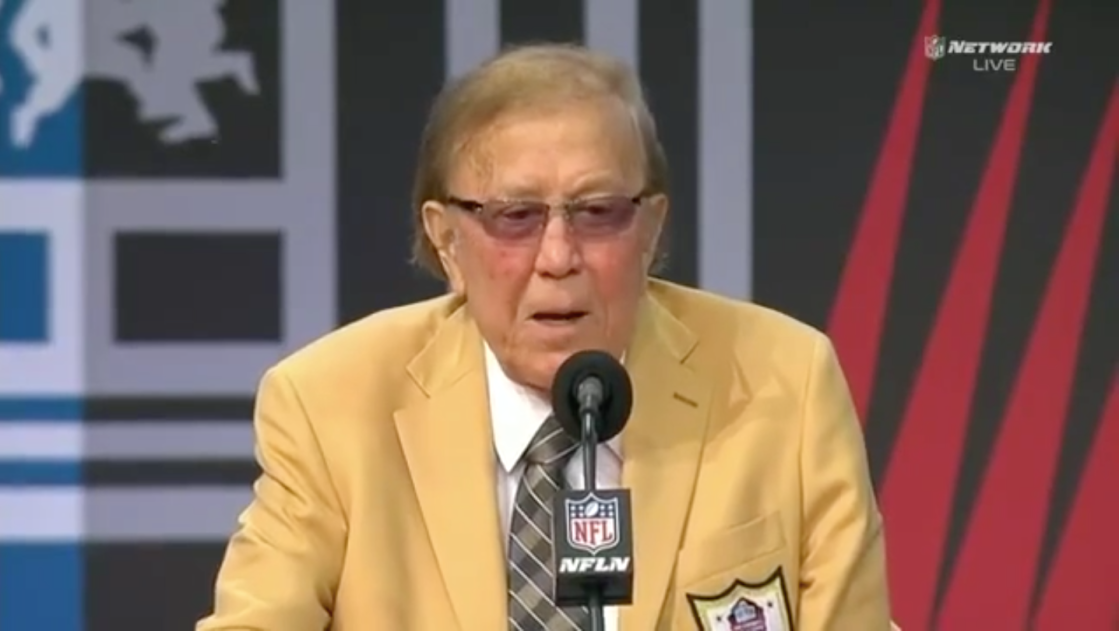 On August 8th, 2021, Tom Flores the legendary Raiders head coach was enshrined into the Pro Football Hall of Fame.

To celebrate his induction, the Riverside County Board of Supervisors officially declared August 8th, as Tom Flores day. Supervisor V. Manuel Perez was the leader behind Flores’ special day.

“He’s a four-time Super Bowl champion, who has created an outstanding legacy and at the same time has broken many barriers and open doors for many folks. I think he’s an example for many people. He himself also worked as a farmworker, his parents worked as farmworkers once they moved from Mexico to achieve the American dream. I’m very proud of the fact that we had the county of Riverside declared August 8th, as Tom Flores day.”

Flores’ induction speech was thoughtful, profound, and made people smile.

“The reason I’m second on the program tonight is that I’m 84 frapin’ years old, I’ve got to go to bed at nine o’clock. Where’s my pillow?”

"Al Davis was my mentor and my coach." – Tom Flores#PFHOF21 | @Raiders pic.twitter.com/COrY0jLVCX

All jokes aside, Coach Tom Flores is a legend and living proof of the Mexican American dream.

“This is a very emotional day for me. I’ve been blessed with great life with a great life doing work that I love with people that I love and adore. I was always happy in the world of football. And now because of this honor, I’ll be part of it forever.”

Tom Flores, a member of the Pro Football Hall of Fame. It’s about time!