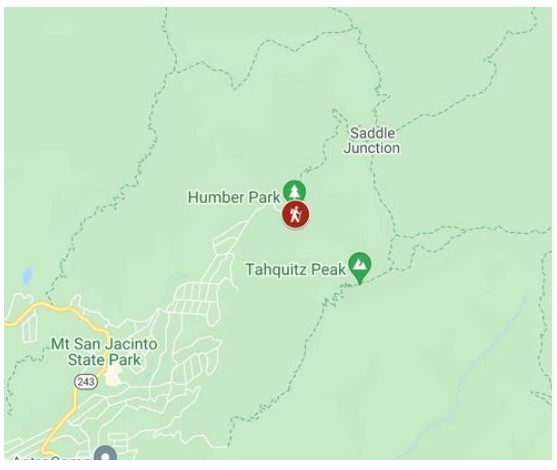 A hiker who fell ill on a mountain trail just north of Idyllwild Tuesday was rescued by firefighters without incident.

The “hiker down” call was received shortly after noon in the area of Humber Park, just off of Forest Drive and Fern Valley Road, according to the Riverside County Fire Department.

The agency said crews from the county and Idyllwild Fire Protection District went to the location and began a search at about 12:30 p.m.

The party, whose identity was not released, apparently suffered from dehydration and exhaustion.

Firefighters assisted the victim back down the trail, where paramedics provided further treatment, but the hiker declined hospitalization, according to reports from the scene.