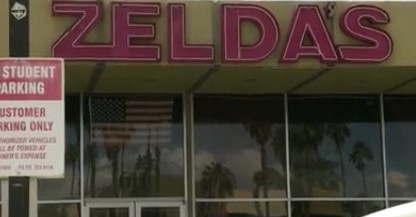 A 24-year-old man accused of assaulting a romantic rival with two other men, one of whom allegedly stabbed the victim outside a Palm Springs nightclub, pleaded guilty and was immediately sentenced to 180 days in custody followed by two years of probation Tuesday.

Aaron Medina-Galaviz of Palm Desert admitted to one of two felony charges under a plea agreement with the Riverside County District Attorney’s Office.

The plea came during a trial readiness conference at the Larson Justice Center in Indio. The defendant pleaded guilty to one felony count of aggravated battery and had his second felony charge, assault causing great bodily injury, dismissed.

As part of the agreement, officials stated that the defendant will spend 180 days in custody followed by two years of formal probation. According to officials, Medina-Galaviz can serve his sentence on work release.

Medina-Galaviz was arrested about five months after the assault was reported on May 18, 2018 outside Zelda’s Nightclub, located at 611. S. Palm Canyon Drive.

Officer Johnathan Mosley of the Palm Springs Police Department testified that the victim said he was approached inside the nightclub by the defendant while he was speaking to a woman. The woman said the man was her “baby daddy.” The defendant than began pushing the victim until club security separated them, Mosley said.

The victim “partially blocked the stabbing motion, but he sustained a small puncture,” according to court papers.

The victim was taken to Desert Regional Medical Center in Palm Springs for treatment of facial injuries.

Court papers show Medina-Galaviz is the ex-husband of the woman involved. The defendant was identified by witnesses and charged in October 2018. The other two suspects were never identified.

Medina-Galaviz has no documented felony convictions in Riverside County, but does have an unresolved misdemeanor case involving allegations that he was in possession of a loaded firearm in which he was not the registered owner.