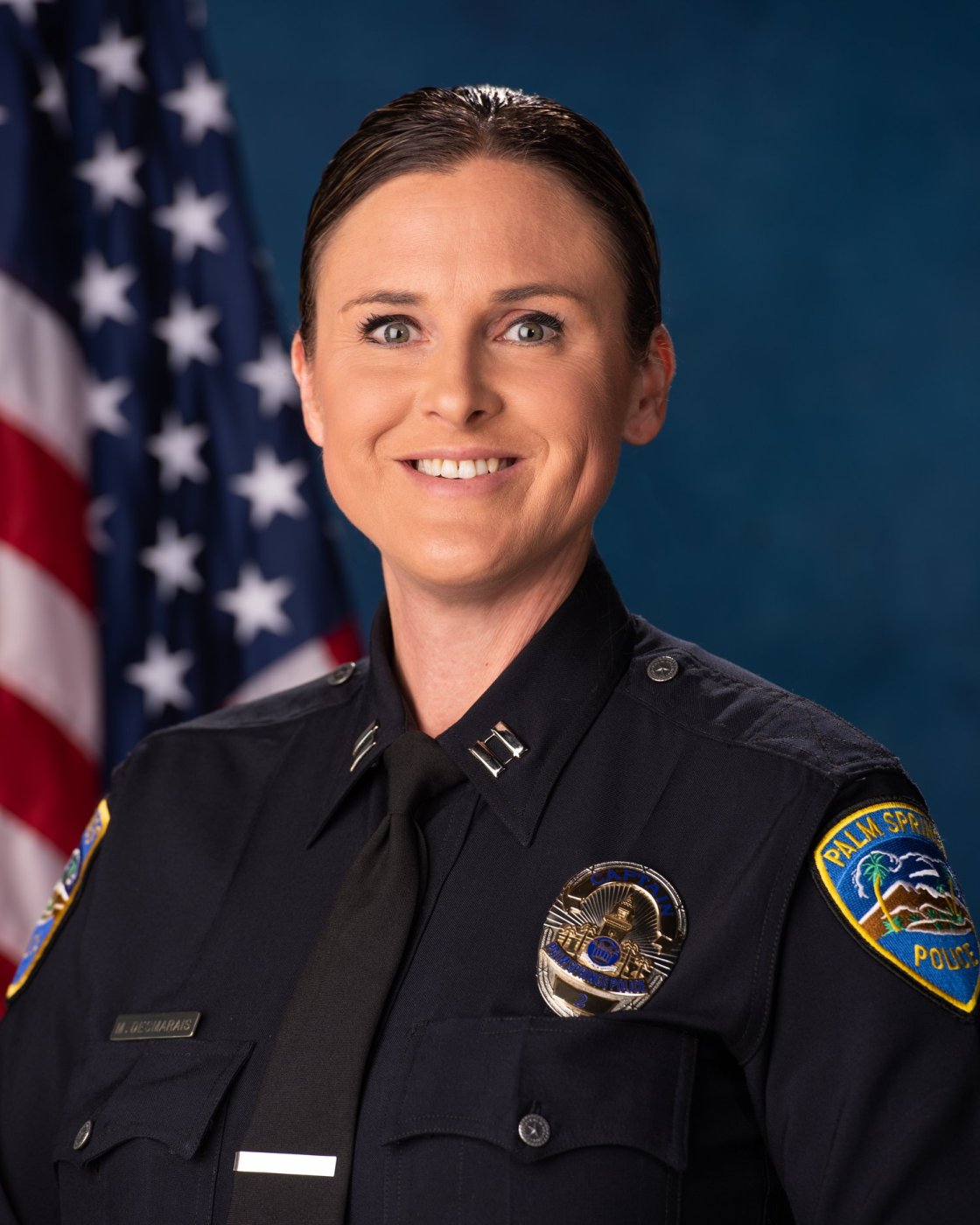 Capt. Melissa Desmarais will serve as acting chief of the Palm Springs Police Department, starting Thursday, while a search for a permanent chief is underway, city officials announced Monday.

“I am honored to have the opportunity to represent the men and women of the Palm Springs Police Department and look forward to working collaboratively with the community and city during this period of transition,” Desmarais said in a statement released by the city.

Desmarais made department history in 2010 when she became the department’s first female sergeant. At the time, she supervised the PSPD’s Traffic Division. She was promoted to police captain in 2018, and currently oversees the department’s Support Services Division.

The city put out a call last month for applicants to succeed Chief Bryan Reyes and to fill the position of assistant city manager. City Manager Justin Clifton said then that it’s “vital that the candidates are able to connect with and respect people from all cultures and backgrounds, engage with and be responsive to the city’s diverse group of residents and stakeholders, while at the same time build bridges and help bring our community together behind common goals and solutions.”

Reyes, who has been the city’s top cop for more than six years, had been scheduled to retire on Aug. 23, but moved up the date to Aug. 19.

The U.S. Marine Corps veteran started his career in law enforcement as a Palm Springs police officer 27 years ago. He went on to ascend in the ranks, holding the positions of detective, sergeant, lieutenant and captain, before he was tapped to lead the department.

His replacement will oversee a department of 100 sworn and 59 non- sworn staff members, with a budget of $35,621,102 earmarked for this fiscal year.

Ralph Andersen & Associates, an executive job search firm, is assisting the city in finding qualified applicants for the police chief and assistant city manager positions. It may take several months for the interview process, which includes input from the Palm Springs City Council, city staff and community leaders, to wrap up, according to city officials.