The ongoing pandemic has halted these concerts and festivals 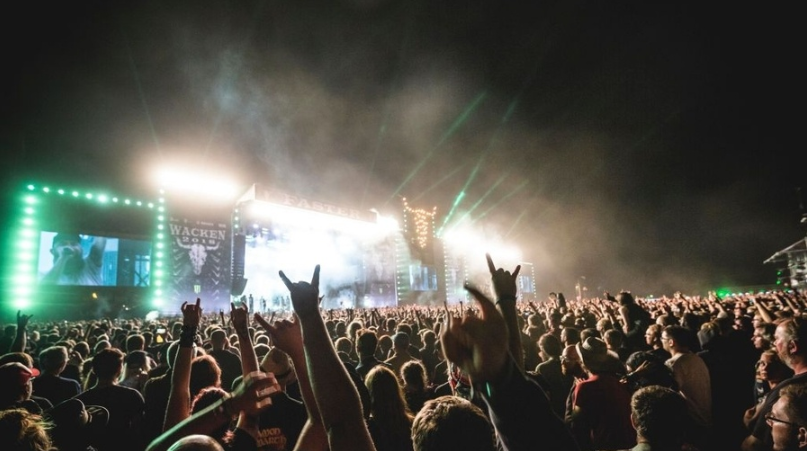 (CNN) — Just when we thought live music was coming back, there’s been a pause.

With the Delta variant stretching the pandemic out even further around the world, concert tours and festivals have once again been postponed or canceled — the latest being the planned world tour of K-pop superstar group, BTS.

Here’s a list of some others impacted this year:

Lightning in a Bottle

Organizers of the California music festival announced March 1 that the event – which is usually held over Memorial Day weekend – would be back May 25-30, 2022.

The day after Lightning in a Bottle made their announcement, the Country Music Association canceled CMA Fest in Nashville.

“We know our fans near and far have hoped that the festival could safely return this summer, and while we are encouraged to see COVID-19 vaccines becoming more widely available, we still face several challenges that prevent us from bringing our fans around the world the CMA Fest experience they have come to expect,” Sarah Trahern, CMA CEO isaid n a statement. “But rest assured, we have already started planning what will be the most epic celebration of country music next summer. Mark your calendars for CMA Fest June 9-12, 2022!”

Held over two weekends with six concert days in London, organizers announced on March 30 that they would be pushing the July event to July 2022 with headliners Pearl Jam and Duran Duran set to perform then.

Instead of being held the week before Labor Day in Black Rock City, Nevada, Burning Man will return in 2022, it was announced on April 27.

On June 23 the organizers of the massive two-weekend electronic music event held in Boom, Belgium, posted a statement saying, “It is with heavy heart our organization must announce that the 16th edition of Tomorrowland Belgium cannot take place in 2021.”

The festival plans to return in March 22.

The country star took to Instagram on July 9 to announce that his three-day camping festival scheduled to be held over Labor Day weekend isn’t happening.

“I really could not be more bummed about it,” Bentley said in his post. “We tried everything to make it happen, but Chaffee County has decided against lifting capacity restrictions.”

Louisiana has been hard hit by the pandemic, and on August 8 organizers announced that the festival – which had already been moved from Spring 2021 to November – had been canceled for a second year.

On March 27, Pink Floyd co-founder Roger Waters announced on his site that his “This Is Not A Drill” tour was being postponed until 2022, adding that “if it saves one life, it’s worth it.”

Rage Against the Machine & Run the Jewels

The rock band and the hip hop duo had teamed up for their “Public Service Announcement” Tour, but on April 8 the official Rage Against the Machine Twitter account tweeted that it was being postponed until Spring 2022.

On August 6 it was announced that Bublé’s US August tour dates were being “postponed due to concerns over the rising number of Coronavirus infections.”

“In July, I sincerely thought the pandemic was falling behind us, Garth Brooks said in a statement about restarting his summer stadium tour. “Now, watching this new wave, I realize we are still in the fight and I must do my part.”

For that reason the country star announced on August 18 that he would be canceling his next five shows.