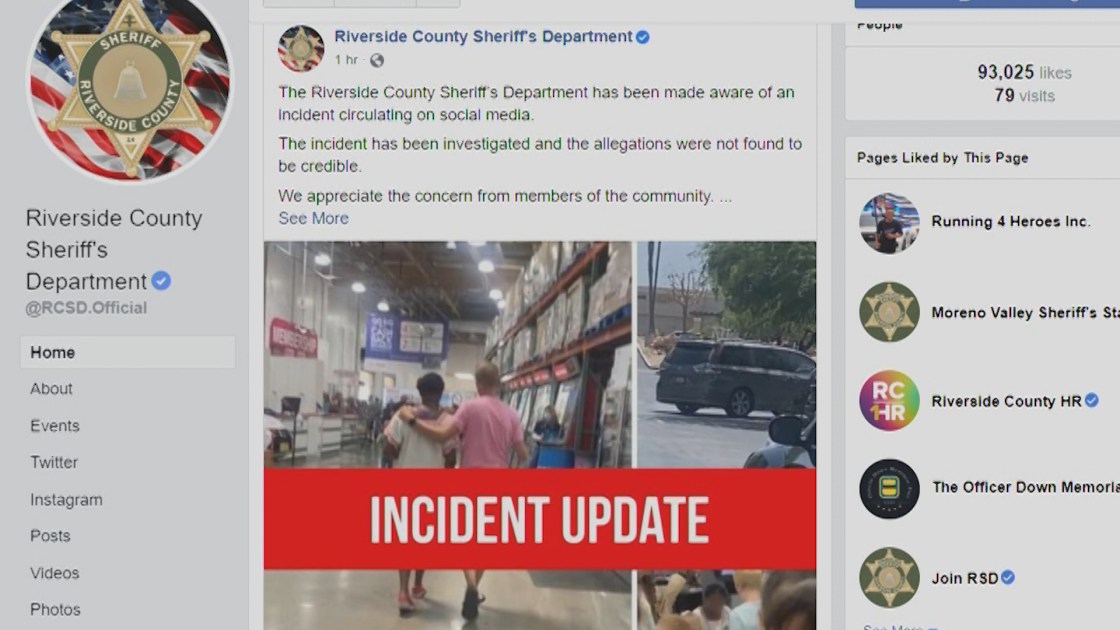 A recent video of alleged abuse taking place at Costco in Palm Desert has attracted a lot of attention on social media.

Riverside County Sheriffs investigated the situation and said the allegations were not found to be credible. But what do you do if you think you are in a situation where you are witnessing child abuse, who do you call?

“I seen the little girl ask, the adopted child ask if she can take a bite of a hot dog, the father said, you don’t speak and you don’t ask any questions, your sick and you are not allowed to eat,” said Angelica Mendez, who witnessed and recorded the alleged abuse.

Mendez remembered what she witnessed at the Palm desert Costco on Friday and shared it on social media.

“I start asking her more questions, I’m like are you okay, are you okay baby, are you hungry? and she tells me, she shakes her head no, but starts crying more, I ask her three times, she says the same answer which is no, the fourth time she says yes. she says yes she looks up, she looks back down so quick, and the father kicked her under the table, she starts to cry even more. He tells the family lets get up and let’s get going,” explained Mendez.

Mendez then called 9-1-1 and followed the family to their cars as she recorded, by the time sheriffs arrived, the family in the video had left. Riverside County Sheriffs the next day, updating Mendez on the incident.

“They called me the next day to say hey, we’ve located the family, they’re in Arizona, they did an investigation, all they told me was she is in a safe family home,” said Mendez.

The video has garnered a lot of attention online being viewed more than half a million times. Riverside County Sheriff’s also addressing the situation with this post early Monday calling the information not credible.

This situation leaves many people asking, what to do if they catch themselves in a similar situation.

“If anybody sees anything abusive, and it can be anything from neglect, physical abuse, it could also be even emotional abuse or anything that can be damaging to their mental health, definitely want to report that. you want to call the child protective services hotline, they have a 24-hour hotline in all counties in California,” said Adriana Camacho, Family Clinician.

“Jumping on your phone and recording for a lot is something that may be of an instinct, however, you really need to consider what you do with the recording at that point. posting it online can further exploit a child and it could put innocent people in danger,” explained Jessica Bower, Co-founder of Missing Justice.

Again, according to the sheriff’s this incident at Costco was not a case of abuse but if you believe you’re a witness to abuse you can call 1-800-442-4918.

“You can call every day, that is your right, you can call every single day to that crisis line. if that didn’t sit well with you and you continue to observe or see anything else that is suspicious, any form of neglect,” explained Camacho.