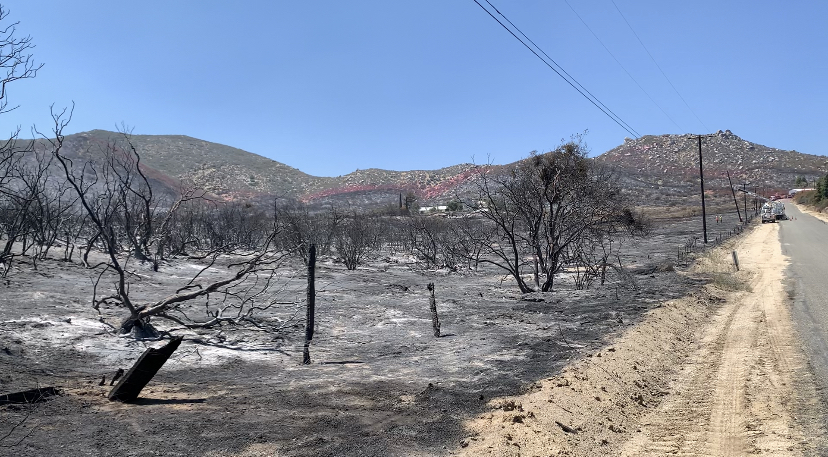 The Rock Fire in Anza continues to burn, scorching acres of land and destroying homes in the area.

The Evans family was home at the time of the fire and recalled the moment they saw huge flames erupt just a few feet away from their home.

“We walked outside and saw these humongous flames,” said Lacey Evans. “I didn’t even know if I was gonna have time to grab anything. I just felt like- kiss everything goodbye. I just felt like there was no way. I can’t believe they stopped it.”

Rivers, an Anza native, said she has experienced fires before. For River, this was a first.

“It was just huge… it was just orange,” said River. “I just felt scared.”

The family evacuated their home immediately after seeing the flames, and headed to a nearby relative’s home.

“(River) didn’t want anything- not one piece of toy,” said Evans.

The brush fire erupted at the south end of Anza and burned more than 200 acres, demolishing four homes and seven out buildings.

The blaze was reported just before 2 p.m., and in just four hours, the fire scorched about 250 acres before firefighters stopped the spread.

No injuries or fatalities have been reported.

“We’re just overwhelmed with gratitude and we’re sorry to the people who were affected,” said Evans.

All evacuations have been lifted in the Rock Valley burn area. Officials advise residents returning to use caution as fire, sheriff, and utility crews are still working in the area.