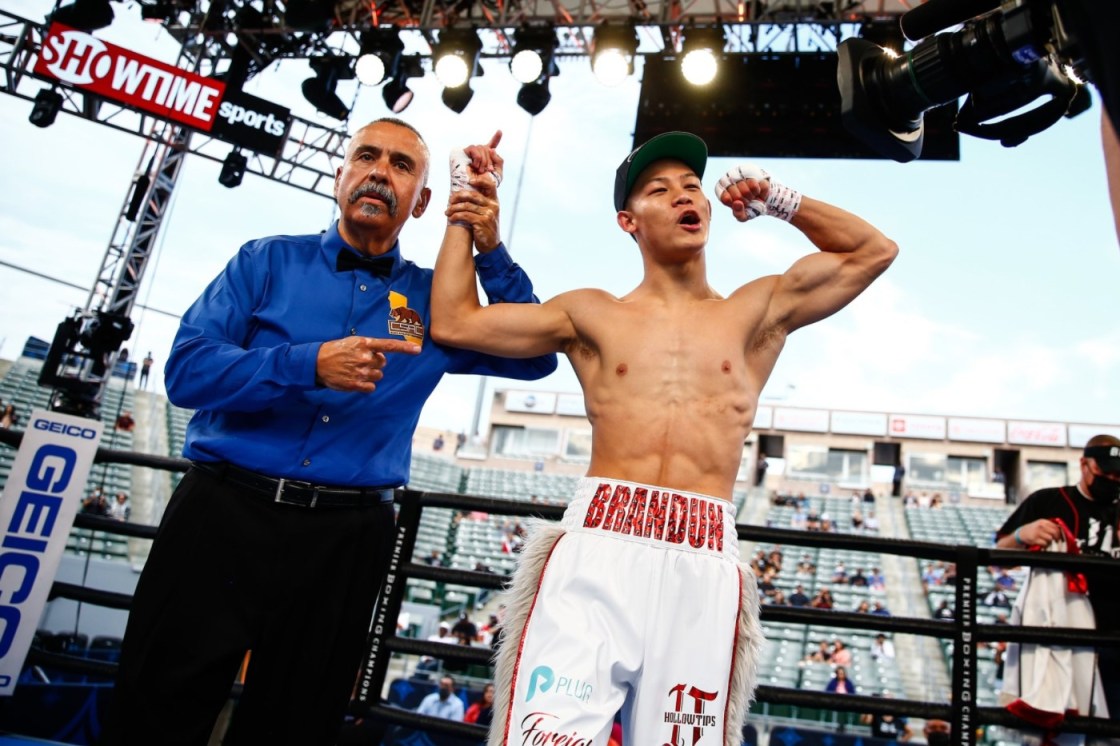 On August 14th, Brandun Lee stepped into the ring for the first time in Southern California as a professional boxer.

“As soon as I walked out then I saw my friends, my family, and my fans, my blood started pumping and I was ready to go.”

Lee was up against Ezequiel Victor Fernandez in the 140-pound welterweight division as part of the undercard for the bantamweight WBO title between John Riel Casimero and Guillermo Rigondeaux.

“As soon as that first bell rang, I just threw a few punches and saw that I hurt the guy so I was like, I’m gonna go for the kill. It’s just a feeling that you can’t describe.”

Lee is a 22-year-old pro boxer from the Coachella Valley and is making waves in the boxing world. He remains unbeaten at 23-0 with 21 of those being knockouts. That makes his knockout to win ratio 91%.

Like other great fighters, success comes with sacrifice. Especially as a part-time college student studying for a Bachelors’s in criminal justice.

“My schedule is a little strange because I’m also a part-time college student, I go to Cal State San Bernadino and I’m a full-time boxer.”

To help him through it all, Lee has his family and his strong team behind him.

“My parent’s support and my brother’s support it means it means everything. I mean, I feel like I wouldn’t have been able to accomplish the things I’ve accomplished without not having a great support system. I’ve been so lucky to have such a great team and to fight you know, in Southern California, what’s the down the street from, from the Coachella Valley, it means everything. So I’m looking forward to what’s coming next.”

Lee also credits his successful career to the training he’s received over the years here in the Coachella Valley.

“One of the best decisions that my family made was to move down here because Southern California is the capital of boxing. Especially the Joel Diaz camp, I go there for sparring. So you see so many different styles which, you know, helps a lot for my career.”

As for what’s next, Lee says he wants to become a boxing household name.

“I feel like I have this platform, that I’m here to remind people that we got a new up-and-coming boxer from the Coachella Valley to represent. That’s just something that motivates me and at the end of the day, I still live through the motto, eat or starve.”