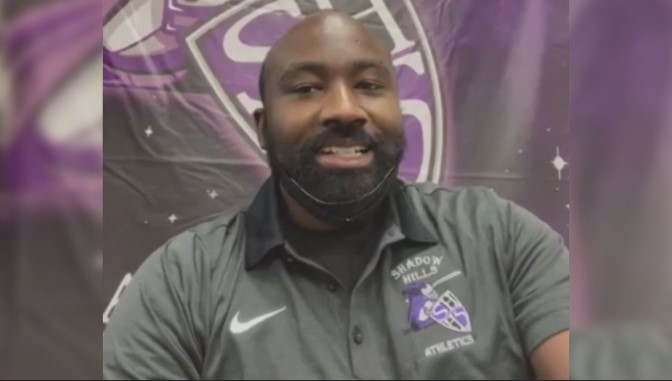 “I look forward to coming over to Shadow Hills, it’s an exciting league to be in.”

The decision was made official Tuesday night during the Desert Sands Unified School District meeting.

This approval from the school board comes after the release of the previous head coach, Ryan Towner who was arrested in June on charges of sexual assault against a minor. Coach Cory declined to comment on the situation regarding Towner, saying that “everyone is entitled to their own due process.”

Coach Cory was previously at Banning high school, where he headed the boy’s basketball program and led them to win a CIF-SS championship in division 5A in 2020.

“I’m excited for the opportunity to coach a team that is absolutely loaded with talent, and that’s also been through a playoff run as we did at Banning, so I’m excited about that.”

Coach also has another CIF championship ring he earned back in 2016 with Emery high school.

The good news for the Knights is that they will have a leader who knows how to and wants to win.

We’re just going to focus on taking those next steps and moving forward and, and continuing to build upon the great foundation that’s here.”