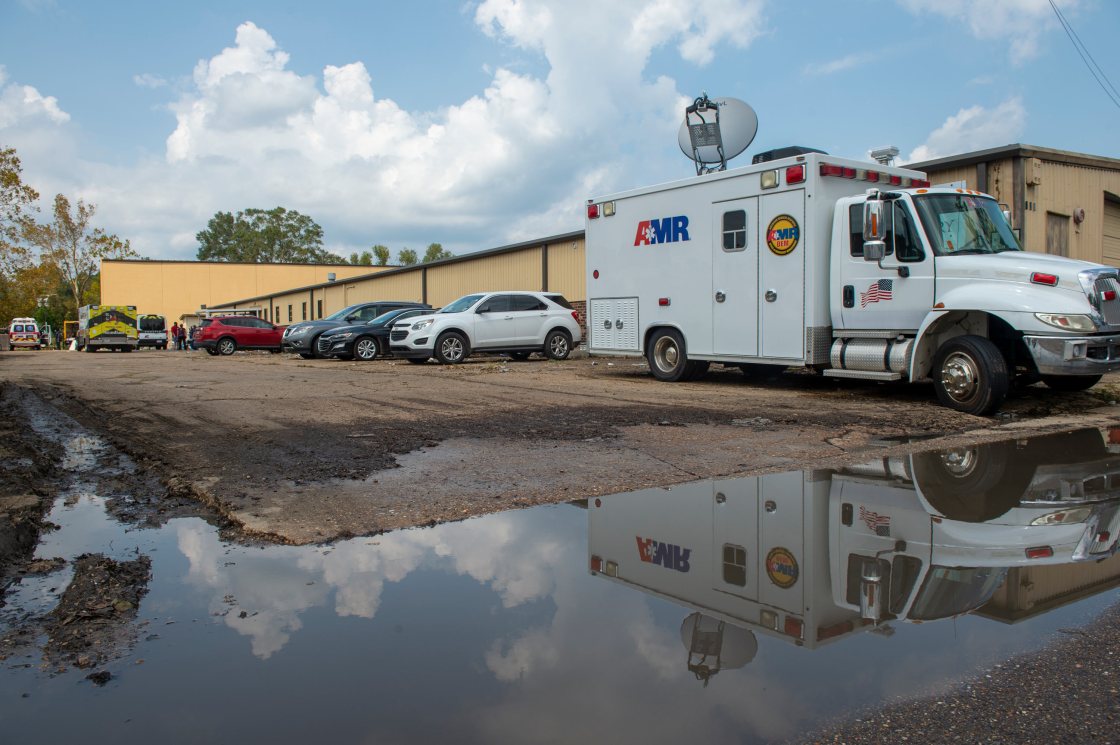 (CNN) — Louisiana’s attorney general on Friday announced he was launching an investigation into the deaths of four nursing home patients who were evacuated to a temporary facility on August 27 ahead of Hurricane Ida.

Kevin Litten, a spokesperson for the Louisiana Department of Health, previously described the building as a warehouse.

In a statement, Attorney General Jeff Landry said the goal of the investigation would be to “determine who decided to move these patients to this apparently unsafe and potentially inappropriate facility.”

“We wish to determine who authorized that these patients be moved to that facility, who oversaw the movement, who later turned away career staff members of the Louisiana Department of Health when they attempted to look into this situation.”

The residents died in a situation officials previously described as deteriorating and overwhelmed.

“I would not have wanted my mother or grandmother to be in those conditions,” Independence Police Chief Frank Edwards told CNN affiliate WVUE of the evacuation shelter in Tangipahoa Parish.

Edwards was initially told that 300 to 350 people from multiple nursing homes were being taken there, he told WVUE. But he notified state officials when he discovered more than 800 people inside.

Following Ida’s landfall on August 29, the Health Department said it heard reports about “deteriorating conditions.” Inspectors were sent Tuesday — four days after the residents were taken there — but were expelled and kept from doing a full assessment, according to the state Health Department.

Citing “significant concerns about conditions,” the department moved each person out of the building by Thursday evening, according to Louisiana State Health Officer Joe Kanter.

Fourteen of the residents who were removed had to be taken to hospitals for further treatment or evaluation, Kanter said.

During a Thursday news conference, Gov. John Bel Edwards said he had no doubt the shelter looked to be in order when state health officials inspected it on Friday. But, he said, nursing homes and their owners have an obligation to move residents or ask for help when conditions deteriorate.

“It did neither,” the governor said, promising a full investigation.

Chief Edwards said that before the storm, the location had staff members from seven nursing homes.

“They had generators, a large generator capable of running all, of meeting all of their needs,” the chief told WVUE. He said there were TVs on the walls and temporary showers.

“There were plenty of people there. And there were medicine carts and all that kind of stuff,” he said.

Chief Edwards said that as time went on, it became apparent that the operators were struggling to meet patient needs.

“They were over capacity and conditions became unacceptable,” he told WVUE. Dumpsters weren’t large enough, he said, describing other sanitation problems, including the “unacceptable” restrooms.

And despite the generators, the facility struggled to maintain power. “Electricity went out more than once, and when that happens then the oxygen concentrators stop working. So that’s a problem in itself. I spoke with the governor and we got oxygen tanks moved in here,” said the chief.

Chief Edwards told WVUE that on Tuesday afternoon he reached out to the governor again, and by Wednesday state officials showed up on the scene.

“They had buses show up. They had ambulances show up, specialty medical vans. We had vans that could carry one wheelchair. They had to have vehicles to carry stretcher patients. Assets that I never even knew existed,” he said.

The chief said at that point, state officials began triage.

All 843 residents were moved from the location by Thursday afternoon, the governor said.

“Everybody at the facility was doing the best they could under the circumstances,” said Chief Edwards. “What hurt me, I guess the most, was to see that many people in distress at one time, in one place.”

Of the deaths reported, a coroner classified three as storm-related, the state Health Department said.

Chief Edwards says his agency has no plans to investigate yet, saying it is “still struggling to overcome a hurricane” and the facts of the situation “will be the same next week as they are today.” He said he is “not happy” with what happened.

CNN has reached out to Chief Edwards for further comment.