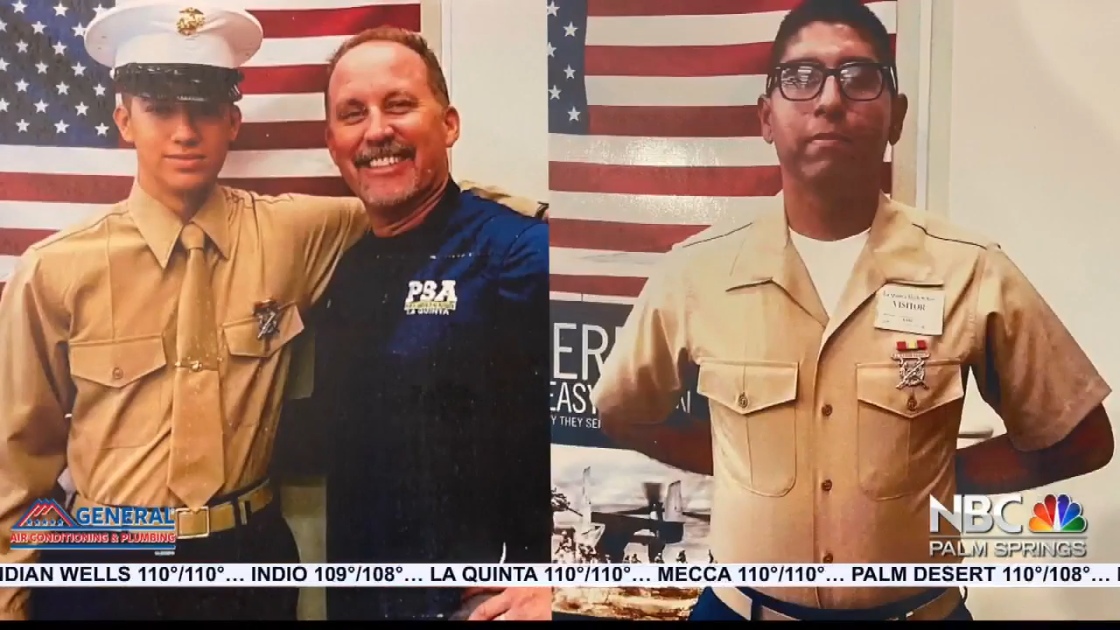 Cpl. Hunter Lopez and Lance Cpl. Salvador Lule, who died and was injured respectively, in Afghanistan during a humanitarian mission on August 26, 2021.

“It’s sad and it’s tragic and if I could I’d give that moment back; if I could change things, most teachers don’t get those moments,” said Kevin Schmidt.

Schmidt is the coordinator of the public service academy at LQHS, where both Marines participated during their years there.

“I’m very proud those two young men are Marines, and they volunteered to put themselves in harms way.” “That’s pretty special to me,” Schmidt continued.

He says both of the young men were respectable and had the same quite strength and willingness to serve.

When describing Lance Cpl. Lule, Schmidt said, “he always had a smile. A really good smile, and I remember him being so thrilled to be in there working out and be a part of the group.”

He went on to say Cpl. Lopez stood out because he knew he wanted to be a Marine and a Riverside County Sheriff’s SWAT Officer.

“We’d like to think in our program we help kids make a plan what they want to do after high school. We didn’t have to do that with Hunter. Hunter had a plan probably four seconds after he came home from the maternity ward. He knew what he wanted to do and he had that plan laid out.”

And while it’s usually the students who look back and speak fondly of their former teachers who made a difference in their lives, in this instance, Schmidt says these two young men have changed him forever.

“I’m just a teacher, I may have had some impact on them, but I can tell you this, without a doubt those two young men have had far more impact on me than I ever did had on them.”