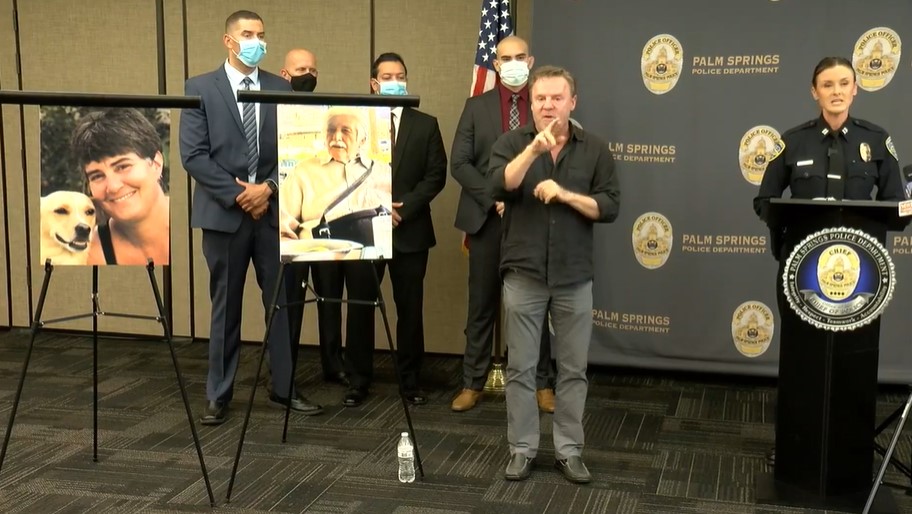 (CNS) – A 31-year-old man accused of killing two Palm Springs residents while burglarizing their homes is due to be arraigned next week.

Luis Flores Cantor of Palm Springs is charged with two counts of murder, three counts of burglary and one count of assault, with a special circumstance allegation of multiple murders.

Cantor is accused in the slayings of 59-year-old Jennifer Dillon and 80-year-old Joseph Rajczi, who died months apart.

The defendant appeared Thursday morning before Riverside County Superior Court Judge James Hawkins, who postponed Cantor’s arraignment to Sept. 17 at the Larson Justice Center, giving him time to secure his own counsel, if he desires.

Cantor, who is being held without bail at the Byrd Detention Center in Murrieta, was arrested Aug. 25 in the 22000 block of Caliente Drive in Palm Springs, where police found him unconscious in a car. He allegedly tried to flee, injuring some officers in the process, but was captured, according to the Palm Springs Police Department.

PSPD investigators found what they deemed “substantial evidence” that allegedly links him to Rajczi’s death, without disclosing specifics. That evidence, along with “multiple similarities” between Rajczi’s and Dillon’s deaths, resulted in the filing of criminal charges, authorities said.

Dillon was discovered dead in her home in the 2800 block of Davis Way by a neighbor on Jan. 25. Police initially declared the victim’s death suspicious, but confirmed it was a homicide days later.

Rajczi was found dead by police on July 30, when they responded to an unattended death call in the 1100 block of east Via Colusa. Officials did not declare the Holocaust survivor’s death a homicide until a week later.

Cantor allegedly killed Dillon and Rajczi during break-ins that the victims may have interrupted, though the circumstances remain unclear.

If convicted, the special circumstance allegation makes the defendant eligible for the death penalty, provided the District Attorney’s Office elects to seek it.

He has unrelated and unresolved felony cases pending in Riverside County, but no documented prior felony convictions.