When hospitals run out of beds, here’s how they ration care 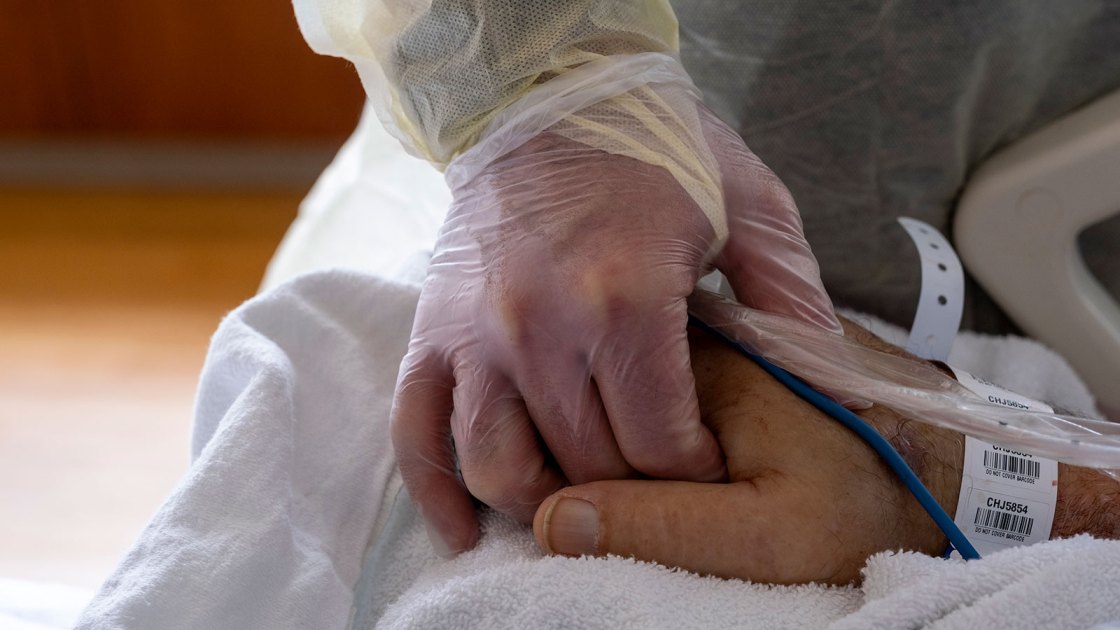 (CNN) — Hospitals across the United States have been facing a crisis.

As of Monday morning, more than 96,000 hospital beds are filled with Covid-19 patients nationwide — contributing to the 77% of all hospital beds across the country being currently in use, according to data from the US Department of Health and Human Services. About 80% of intensive care unit beds are in use.

Hospitals in some places are closer to capacity than in others.

In Arkansas, Gov. Asa Hutchinson said in a briefing last week that there were only 23 ICU beds available statewide. “That’s closer than we’d like, but it is better than what it has been. And so we continue to monitor that,” Hutchinson said, adding that 27 new ICU beds will be coming online this month.

In Kentucky, Gov. Andy Beshear laid out the severity of the Covid-19 spread in his state on CNN last week, saying that while hospitals are not yet at the point of needing to make tough choices about rationing care, “we are right at” or “quickly approaching that point.”

“We are in a really tough place, Kate,” he told CNN’s Kate Bolduan. “We’ve called in FEMA strike teams, the National Guard, we’ve deployed nursing students all over the state, we’ve taken over testing from hospitals just to free up additional people.”

And In Alabama, a mourning family has issued a plea to others to get vaccinated after Ray DeMonia, a Cullman, Alabama resident​, died ​about 200 miles from his home, in a Mississippi hospital, because there were no cardiac ICU beds nearby. His daughter Raven DeMonia told his story to The Washington Post on Sunday.

‘Rationing health care is not new’

When hospitals run out of beds or when staffing is low, tough decisions must be made on which patients get to be first in line for care. Overall, hospitals and health systems have plans on the table to address an overflow of patients and making such difficult decisions.

“All hospitals and health systems have plans in place to deal with a surge in patients. These plans can include actions like adding beds, including in non-traditional areas of care in a hospital like a cafeteria or parking lot, shifting patients between hospitals, and working with their local and state health departments to find other sites of care,” Akin Demehin, director of policy at the American Hospital Association (AHA), wrote in an email to CNN on Friday.

“Sometimes this includes sending patients to hospitals in nearby states that may have the capacity to treat them,” Demehin wrote. “One other option that some hospitals have taken is to scale back, or put a pause, on so-called elective procedures that are non-emergent and can be safely delayed for a period of time.”

Yet for the most part, hospital capacity is not only about how many beds are filled — a hospital can usually add beds — but many facilities are much more concerned about enough staffing to care for patients, according to Demehin.

“Hospitals and health systems entered the COVID-19 pandemic already facing a shortage of skilled caregivers, and the last 18 months have exacerbated that,” Demehin wrote, adding that AHA has called on the Biden administration to work as a partner in developing strategies to address the shortage of health care staff.

Overall, decision-making around rationing care can look different depending on the type of medical facility — a hospital or private doctor’s office.

“There are different decisions whether it’s a doctor’s office or an emergency room,” Art Caplan, professor of bioethics at NYU Langone Health in New York, told CNN.

“You have no right to be taken care of by a primary care doctor. There’s still no right to health care that way — the doctor has the ability to decline,” Caplan said, adding for instance, that some doctors might decline to take Medicaid as a patient’s insurance or might decline to treat patients who haven’t received certain vaccines because that patient could pose a risk to the doctor or the health of other patients.

Yet “in the ER, there’s a federal law that says you have to accept anybody, even if they have no money, and stabilize them. It’s called EMTALA, and it’s been around for a while,” Caplan said.

“Rationing health care is not new in the American health care system,” he added. “It’s just Covid that’s new, but not rationing.”

Who receives an ICU bed?

Now, during the pandemic, many of the Covid-19 patients filling hospital beds are unvaccinated. EMTALA obligations remain in place.

“Hospitals generally do not take into account why a gravely ill patient is there,” Caplan said. “The way in which it might become relevant is if you thought it was a predictor of a bad outcome.”

For instance, if a hospital is short on beds or mechanical ventilators, they can prioritize care for patients who are seen as more likely to respond to the care and survive — meaning a 26-year-old Covid-19 patient with no underlying health conditions could be prioritized for care over a 90-year-old patient with lung failure and other medical problems, Caplan said.

“Or, if being unvaccinated and having lung failure puts you at a worse chance of survival versus someone who just comes in with asthma and lung problems but are vaccinated,” Caplan said. “Many places would give priority to the vaccinated asthma patient as opposed to the unvaccinated lung failure patient. What they’re watching is outcome and likelihood of success.”

In hospitals that are so overwhelmed that they have to ration care, those decisions should not be based on whether or not a person chose to get vaccinated against Covid-19, Dr. Anthony Fauci said Thursday.

“If you’re asking, should you preference it for a vaccinated person versus an unvaccinated person, that is something that is always widely discussed, but in medicine I know that you don’t prejudice against someone because of their behavior,” Fauci, director of the National Institute of Allergy and Infectious Diseases, told CNN’s Anderson Cooper.

“You just don’t do that in medicine,” Fauci said.

Fauci added that the decision about where to direct “scarce resources” must be based on a “medically sound” reason, “not in a punitive way for someone’s behavior.”

‘We’re in a situation of limited resources’

Throughout the pandemic, Covid-19 has strained the US health care system — and hospitals continue to face difficult decisions on which patient takes priority when staffing is low and beds are full.

“We’re already making those choices and they’re very difficult choices. I work in the intensive care unit. Many people have serious illnesses but not illnesses where they’re going to die immediately, but serious illnesses where they need an operation and some of these operations are so serious that after surgery, they need to be in the intensive care unit for a day or two — replacement of a heart valve, surgery for serious cancers like pancreatic cancer,” Dr. Steven Brown, a critical care pulmonologist at Mercy Virtual Care Center in St. Louis, told CNN’s Ana Cabrera on Thursday.

“If the intensive care unit beds are all filled up with patients who are on ventilators because of their pneumonia, surgeries have to be postponed,” Brown said. “We have situations where people may come into the hospital with a heart attack, and they have to stay in the emergency room for extended periods of time while waiting for a bed to open up.”

Unfortunately, in some cases, for a bed to become available means a patient has died.

“It’s a sad situation that we really haven’t seen in American history in a very, very long time.” Brown said. “We’re in a situation of limited resources now, and when you have limited resources, we are in triage situations — and some people may die as a consequence of this.”