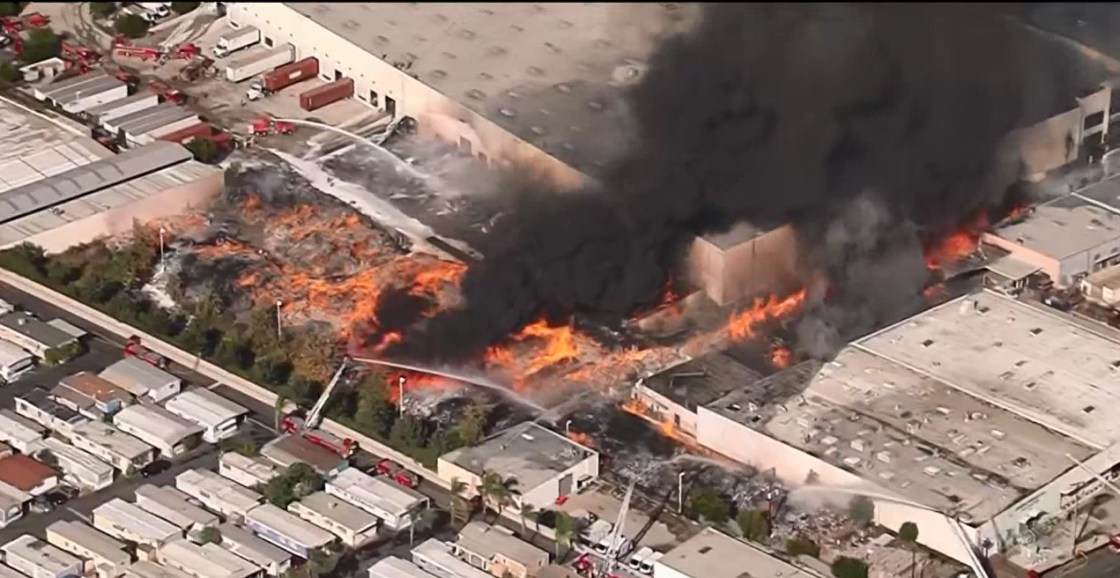 (CNS) – Firefighters Thursday were battling a large blaze at a Carson commercial facility.

The three-alarm fire was reported about 2:25 p.m. at the building, 16325 S. Avalon Blvd., near Hemingway Park, according to the Los Angeles County Fire Department.

The fire started burning in several pallets before it spread to the building, according to the department.

About 115 firefighters were called to the scene and were aggressively attacking the blaze, which was threatening other nearby structures, a fire official told KTLA5.

It was not immediately clear what the building was used for nor what was fueling the raging fire.