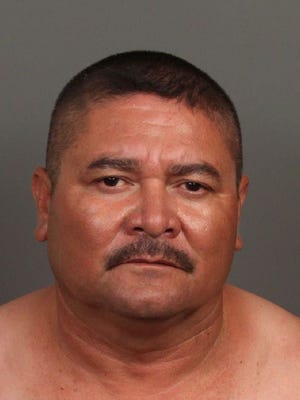 (CNS) – A 51-year-old man was found not guilty Thursday on charges related to accusations of breaking into his ex-girlfriend’s Indio home and repeatedly raping her while armed with a rifle.

Jurors began deliberations on Wednesday before returning Thursday to find Juan Antonio Moreno not guilty of accusations he sexually assaulted the woman three times over the course of an evening and the following morning in July 2017.

Moreno was acquitted of three felony counts of rape by force or fear, along with criminal threats, burglary, assault with a gun and domestic violence, along with numerous allegations of committing sex offenses while armed with a rifle.

Moreno was also initially charged with child endangerment due to claims that a 4-year-old boy was in the residence when the woman was attacked, but court records indicate the count was discharged during the trial proceedings.

Jurors found Moreno guilty only of one felony count, that of possessing a firearm knowing he was prohibited by a court-issued restraining order.

That order was issued as a result of the woman obtaining a domestic violence restraining order against Moreno prior to the alleged attack.

After the verdict at the Southwest Justice Center in Murrieta Thursday, Riverside County Superior Court Judge Stephen Gallon sentenced Moreno to one year in state prison for the firearm possession count, which he already severed in excess while in custody, according to District Attorney’s Office PIO John Hall.

During closing arguments Wednesday, Moreno’s defense attorney, Gregory Henderson, brought the validity of the alleged victim’s testimony into question, asserting that the prosecution built its case primarily on what she testified.

Henderson presented moments of inconsistency in an attempt to discredit her story and said that because of those inconsistencies, a reasonable doubt existed as to whether his client committed the acts.

In his rebuttal, prosecutor Arthur Hester told jurors that confusion over events is not the same as lying and that it was unreasonable to expect perfect recollection of an event that occurred four years earlier.