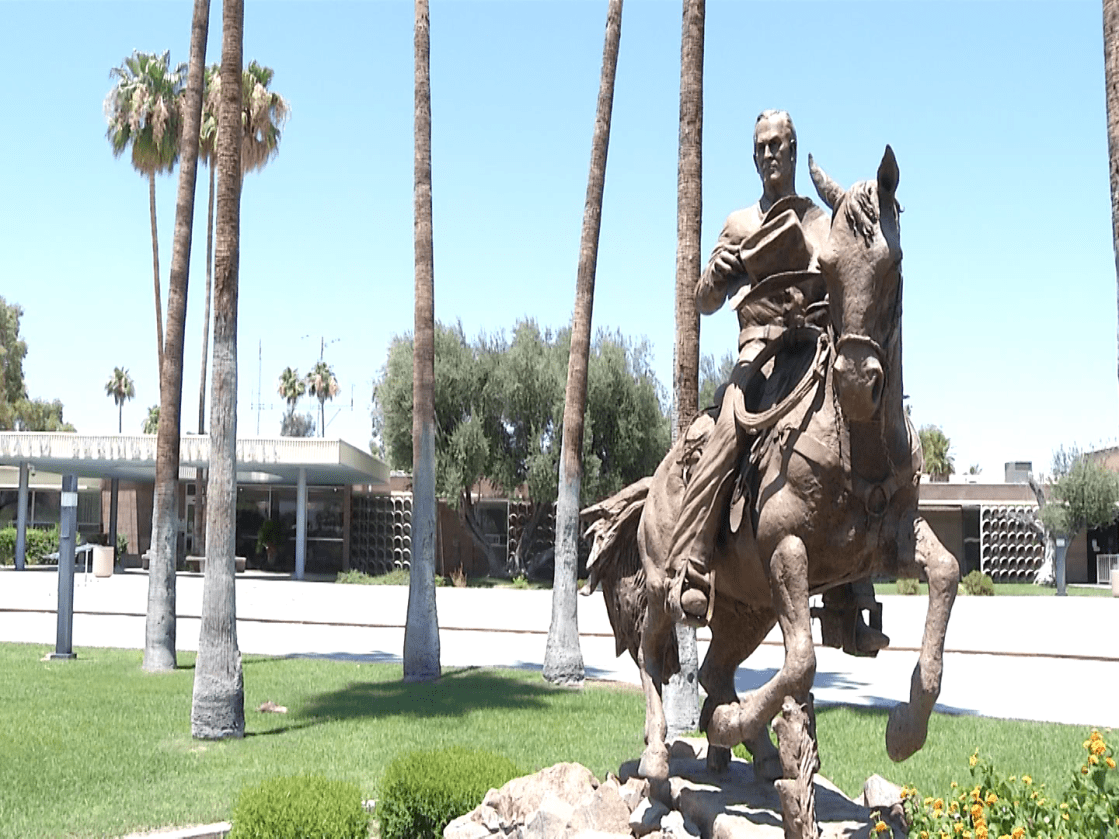 Several months and dozens of testimonies later, the fate of the controversial Frank Bogert statue in Downtown Palm Springs has been decided.

On Wednesday, Sept. 29, the Palm Springs City Council voted unanimously to begin the legal process to remove the statue of Frank Bogert, the former mayor of Palm Springs, from in front of City Hall. That decision didn’t come without backlash from those in support in keeping the statue in the place that it has stood for more than three decades.

“I mean, we are absolutely opposed to having this statue removed,” said David Christian, a member of Friends of Frank Bogert. “It’s a cheap shot attack at a guy that doesn’t deserve it.”

The council also issued a formal apology for the city’s role in the forced eviction of families from Section 14, that occurred during Bogert’s tenure as mayor.

For some, the statue serves as a painful reminder of the forced removal, leaving a legacy of racism and lack of resources for future generations. For others, it honors the legacy of a friend and leader who made Palm Springs the city it is today.

“I cannot think of anyone… that did more to take Palm Springs from a cattle town and turn it into an international resort,” said Christian.  “He was a friend and he deserves to be honored for everything he did for this city.”

Palm Springs City Council plans to address the economic turmoil caused by Section 14 within the next two months, as family members of those affected call for reparations.

“We heard from residents, from people affected who told stories,” said Palm Springs Mayor Christy Holstege. “There’s incredible pain in our community- generational pain because of the impacts of racism and the outcomes that still exist today.”

Several steps must be taken before the statue is officially moved and potentially relocated, but Friends of Frank Bogart say this fight isn’t over.

“We’re not going away,” said Christian. “No one’s denying that it was an unfortunate situation, but it’s happened many, many, many, many times. We just think he’s being railroaded on the whole thing and that’s why we’re fighting.”

“We’re not here to litigate one man’s reputation,” said Holstege. “No one is trying to pune his character. It’s really about what our city can do to move forward, to try to heal, (and) to try to address the racism that still exists in our city, in our society.”