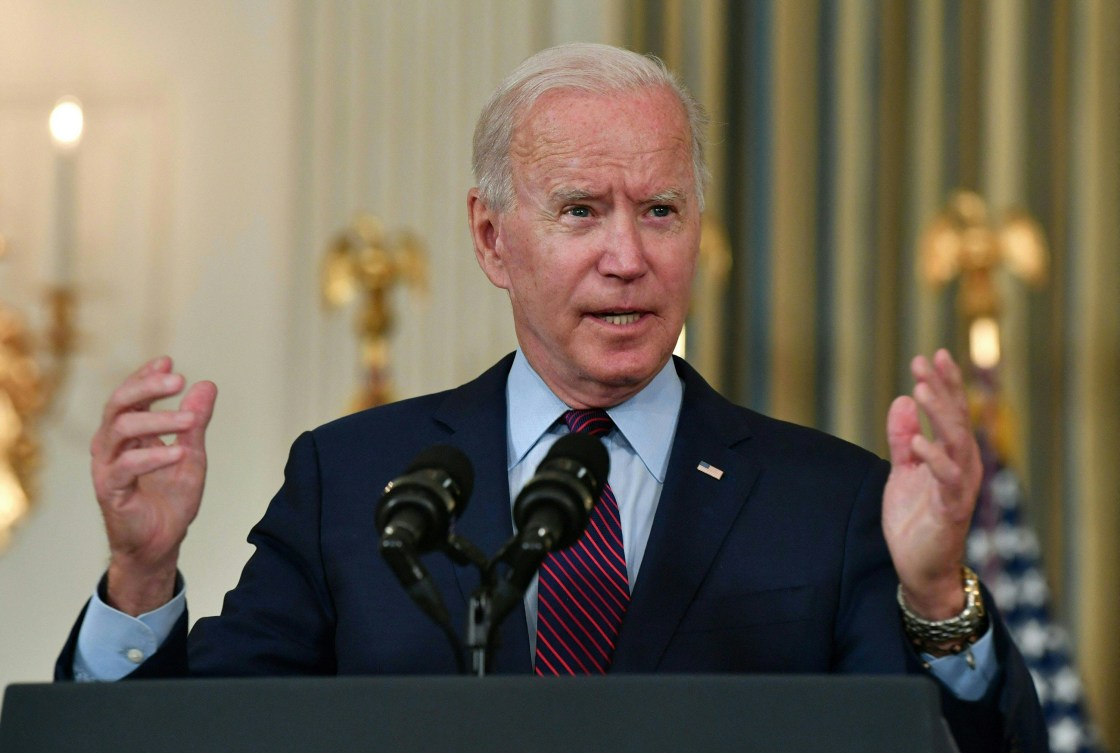 The White House report released on Thursday points to a rise in vaccination rates as evidence the Biden administration’s vaccine campaign has “saved over 100,000 lives and prevented 450,000 hospitalizations.”

“The fact is this has been a pandemic of the unvaccinated. The unvaccinated overcrowd our hospitals, overrunning emergency rooms and intensive care units. The unvaccinated are leaving no room for someone with a heart attack or in need of a cancer operation,” Biden said during a speech at a Clayco construction site in Elk Grove Village, Illinois.

“The unvaccinated also put our economy at risk, because people are reluctant to go out. Think about this: Even in places where there is no restriction in going to restaurants or gyms or movie theaters, people are not going to them,” the President continued. “In other words, because they’re worried they’re going to get sick.”

The 26-page report highlights support for vaccine requirements across business and labor communities, and points to what it says is data demonstrating vaccine requirements have already cut the number of unvaccinated Americans by one-third since late July, from 95 million to 67 million.

The report also details the positive economic effects among communities with high vaccination rates, including that “small business employee hours grew faster and stayed higher during the rise of the Delta variant in the states that have higher working-age vaccination rates, versus states with lower vaccination rates.”

“As this report demonstrates, it is clear that vaccination requirements result in millions more people getting vaccinated. Without vaccination requirements, we face endless months of chaos in our hospitals, further detrimental impacts on our economy, and anxiety in our schools. With them, we will accelerate our path out of the pandemic,” the report states.

Biden directed the Labor Department’s Occupational Safety and Health Administration (OSHA) to require all businesses with 100 or more employees ensure their workers are either vaccinated or tested once a week. Companies could face thousands of dollars in fines per employee if they don’t comply.

A CNN poll conducted by SSRS in August and September found that more than half of Americans now say they support requiring vaccinations for office workers returning to the workplace (54%), students attending in-person classes (55%) and patrons attending sporting events or concerts (55%), although fewer (41%) support requiring vaccinations for a shopper to enter a grocery store.