. Security Officers Ensure A Safe Experience for Fans and Players

Security Officers Ensure A Safe Experience for Fans and Players 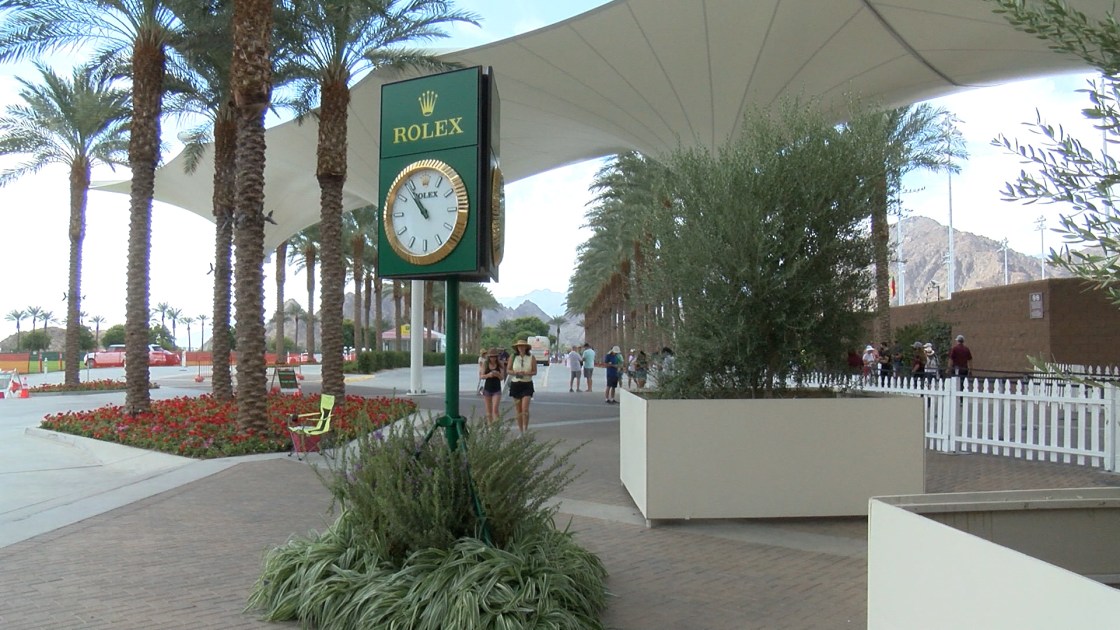 Thousands of people have travelled to the Indian Wells Tennis Garden over the past two weeks to watch some of the greatest tennis stars of today in action, but the annual tennis tournament wouldn’t be possible without the security officers ensuring the safety of tennis players, spectators, and the public.

“I work in an industry where we think about all the bad things that could happen,” said Security Manager David Sawler. “All of these bad things can happen, so we plan for that so we don’t have to think about that day to day, we can enjoy the event.”

Tennis tournaments haven’t always required heavy security. The BNP Paribas Open, formerly called the Newsweek Champions Cup, was one of the only tennis tournaments to have security for players during tournaments in the early 90s.

“I actually had people on court for on-court security at that time,” said Bower.

Around the world, fans were able to personally interact with players on the tennis courts- until April of 1993.

“A couple years later, Monica Seles is stabbed and the entire world takes a serious look at what happens on tennis courts,” said Bowers.

The incident prompted significant increase of security at tennis tournaments, placing a physical barrier between spectators and players, and ultimately limiting interactions. Despite this, security staff serving at the BNP Paribas Open say their goal is to make player and spectator relations still possible, in a way that is safe for both parties.

“We’re doing our best to safeguard these players while playing and still making them available for the great fan interaction we have,” said Bower.

“We enjoy the fans interacting with the players,” said Player Protection Manager Bruce Bower. “Our main thing is that the player wants to do that and the fans are respecting the player. We want to be a positive experience for the fan and the player but also make sure the player is kept safe.”

Their responsibility is not only to protect and serve…

“Safety and security is my role. My job is to reduce liability and risk to the tournament, to all stakeholders,” said Sawler. “But when it comes down to it, watching everyone be happy- that’s probably the best part.”

… but also ensure a fan-tastic experience for all…