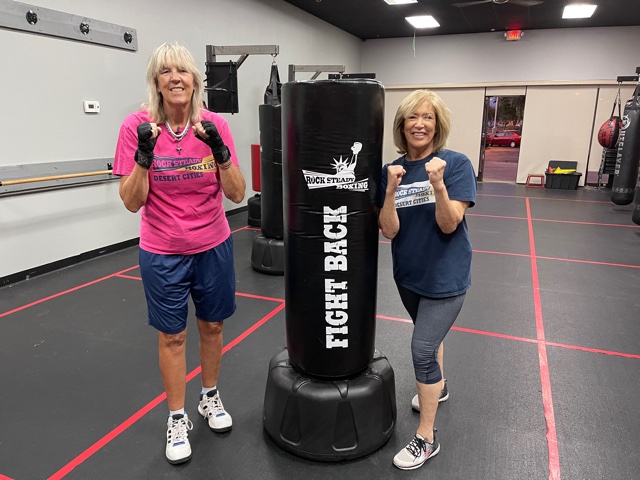 Rock Steady Boxing Desert Cities gym in Palm Desert is taking a stand against Parkinson’s Disease. How are they doing it? By coaching people who are battling the disease to take the fight to the bag.

“The best medicine for Parkinson’s disease is exercise. More so than their medication, they really got to sweat. It improves the symptoms.”

Parkinson’s disease is a degenerative movement disorder which can cause deterioration of motor skills, balance, speech and sensory function. According to the Parkinson’s Foundation, more than a million people in the United States are diagnosed with the disorder and more than 60,000 people are diagnosed a year.

“It’s helped me with my balance, and totally be strong. And the fighting part of it, it helps produce like dopamine so you get more energy. And again, people tend to drag their legs.”

People who have Parkinson’s lack dopamine so the high intensity workouts provide the much needed energy to their bodies.

For more information on how to join and their class schedule just head to their website.