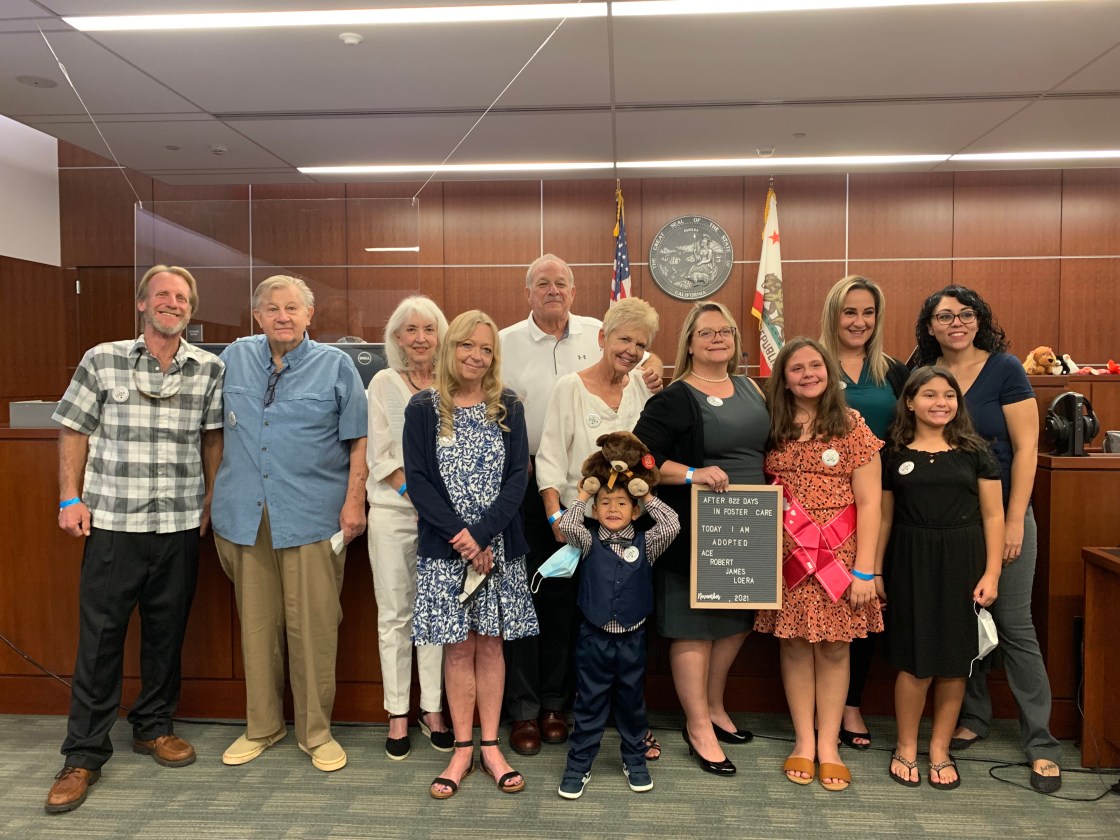 November is National Adoption Month, and the City of Indio celebrated as a few local heroes stepped up to love and take care of children in need.

“We are officially going to be a family of 6,” said Tanesha Moreno, who adopted siblings Rene and Mia.

Right now, about 100 children in Riverside County are in need of a forever family, and on Saturday, more than 20 children found just that. The Larson Justice Center in Indio was full of heartfelt emotion and excitement as several families grew in size.

“We finalized an adoption for Levi today,” said Chris Bayer.

Parents signed across the dotted line in front of a judge, officially becoming parents to their adopted children.

“We just felt called to take care of children,” said Bayer. “We decided it was time for us to care for kids permanently.”

The Bayer family finalized their third adoption, welcoming the newest addition to their family, 14-month-old Levi, two years after they adopted his older brother, Logan. An amazing big brother to baby Levi, Logan is hopeful his parents will give him many more siblings to play with and help take care of.

The Bayers say they’ve got their hands full right now with three young boys, but there may be more additions to their family in the future.

And they’re not the only ones.

The Lewis’ hoped to have children of their own for years, but were unable to. Turning a devastating loss into an inspiring gain, they decided to start their own family through adoption, opening their home to many children for over a decade. Despite not having biological children, the Lewis’ say they love their adopted children as if they’re their own- and they are.

“We wouldn’t trade them for anything,” said the Lewis’.

In Indio, 20 adoptions were finalized, and 60 adoptions have been finalized across Riverside County.