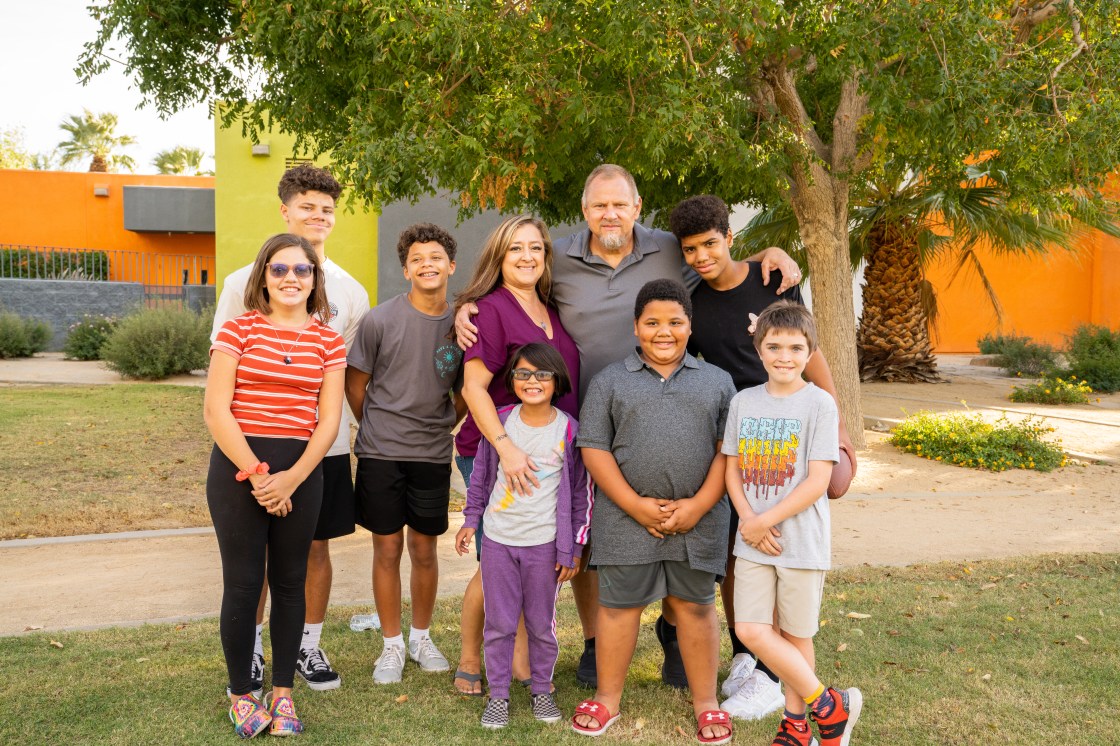 “It’s chaos, it’s chaos, but we love chaos,” said Ricky and Serena Lewis. “That’s what comes with the territory of having 7 kids.”

That’s a typical day in the life of the Lewis family, a family of nine with seven adopted children. Each day is a new adventure. From soccer games to dance rehearsals to wrestling matches, their seven children keep them on their toes, but they wouldn’t have it any other way. The family they have today is what they always wanted.

Every two years since 2009, the Lewis’s got a call from their social worker saying another child at the hospital was ready to be adopted, all of whom are siblings.

“When we got our last one, our 6th one, our worker said we were done. ‘You’re done, you can’t save them all’,” said Ricky Lewis.

But they adopted yet another child in need.

“Then my nephew. We adopted our nephew,” said Ricky Lewis.

Today, their home is overflowing with children all between the ages of seven and 17, filling their home with love and laughter.

And that’s the way they prefer it.

“It’s loud, it’s chaotic. I told my husband, ‘We’re never going to get invited to a wedding again with all of our kids’,” said Serena Lewis. “But you know what, that’s okay because we have our kids. We have our family, and that’s all I ever wanted was a family.”

Adoption has changed the Lewis family for the better, turning their heartbreak into hope.

They encourage other families who have experienced a challenge similar to theirs to consider being an answered prayer to a child in need.

They say while no child is perfect, whether biological or adopted, their seven children are perfect for them.

“The world, they mean the world to us, they do,” said the Lewis’. “It’s crazy and we have issues with them like the talking back or whatever, but you know what, we wouldn’t change it.”