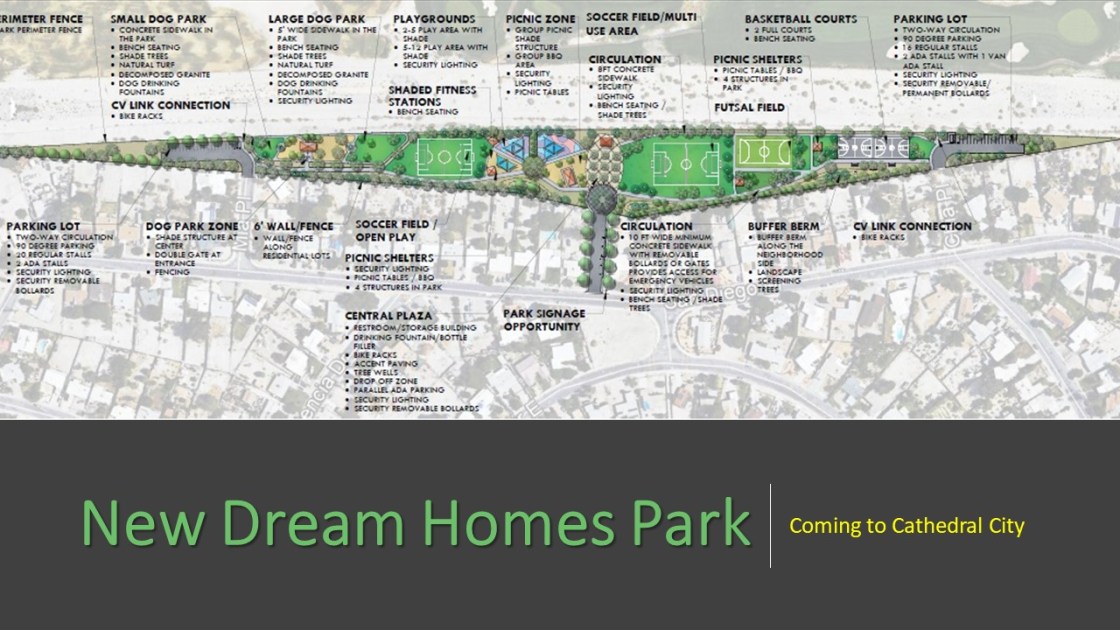 “We’re excited to make the announcement that close to $45 million comes to our district (and) close to $30 million comes to the Coachella Valley to fund parks in communities that greatly need them,” Eduardo Garcia, California State Assemblymember for District 56.

On Wednesday, the state of California announced over $30 million in funding for recreation projects in the Coachella Valley.

“My job is to pass legislation that is reflective of the needs of the region and make sure we bring home the money and I think we were successful in both in this case,” said Garcia.

The funds will be spent on new parks in some of the desert’s most park-poor areas- Cathedral City, Indio, Coachella and Thermal. Cathedral City received one of the highest grant awards of $8.49 million dollars to further transform the Dream Homes neighborhood, a historically notorious area in northwest Cathedral City.

“We’re really excited about the new Dream Homes Park,” said Chris Parman, Communications and Events Manager for Cathedral City. “Dream Homes is an underserved community, but the history of its past has changed dramatically in the past decade.”

The Dream Homes Park will be 7.5 acres consisting of two new playgrounds with shade, a soccer and multi-use field, two basketball courts, five picnic areas, a dog park as well as several other amenities. City officials say the new parks across the desert will be an invaluable investment to the Coachella Valley community.

“Parks are a way for our communities to connect with their neighbors and really have that opportunity to socialize and get to know each other,” said Parman.

They also say it will be beneficial in providing interdependence among neighbors and a greater quality of life for local residents.

“Better public health, better constructive activities for our youth and our family, places for communities to congregate and talk about civic issues, and also they can become public safety havens,” said Garcia.

“This is something that we should all celebrate. It’s really going to transform a neighborhood there and then transform other amenities that our residents are going to be able to use in the future,” said Parman.