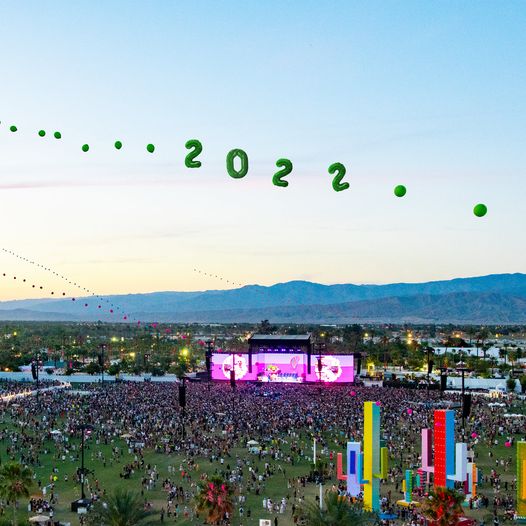 LOS ANGELES (CNS) – A judge has handed the organizers of the Coachella Valley Music & Arts Festival a win by granting a temporary restraining order against the advertisers of a New Year’s Eve event with a similar name, according to court papers obtained Tuesday.

The festival filed a trademark-infringement suit last week against Live Nation Entertainment over “Coachella Day One 22,” produced by the Twenty- Nine Palms Band of Mission Indians and advertised on Live Nation’s Ticketmaster platform.

Like the annual Coachella Valley Music & Arts Festival, Twenty-Nine Palms’ event is advertised as an outdoor music festival that features numerous forms of entertainment and artists. The New Year’s Eve event is located in close proximity to the desert site where the Coachella Valley event normally takes place in April, according to the lawsuit filed in Los Angeles federal court.

The plaintiffs allege that the Twenty-Nine Palms Band of Mission Indians, operating as Coachella Crossroads — also the name of its venue, located five miles from the site of the Coachella Valley festival — are “intentionally trading on the goodwill” of the Coachella festival, causing a likelihood of “consumer confusion and false association” with the original event.

“Twenty-Nine Palms has gone to great lengths to imitate” the plaintiffs’ Coachella and associated trademarks, the suit contends.

Attempts to reach a Twenty-Nine Palms representative were not immediately successful.

The Coachella festival was not held in person in 2020 and 2021 due to the COVID-19 pandemic; however, a virtual Coachella event took place instead. The multi-day event is scheduled to return to the Empire Polo Club next year on April 15-17 and April 22-24.

The plaintiffs — including Coachella Valley event producer Goldenvoice — say they have no objection to Twenty-Nine Palms holding a festival of their own or hosting events at their venue, but it must adopt and use an event name, venue name and trademark that avoids the possibility of consumer confusion.

“Despite repeated requests from plaintiffs, Twenty-Nine Palms has refused to adopt its own distinctive event name or venue name and marks,” according to the lawsuit.

Although Coachella Crossroads — the outdoor entertainment complex located adjacent to the Spotlight 29 Casino in Coachella — is advertising Day One 22, it was not known when or if an event will take place at the venue in the spring.

Held annually at the Empire Polo Club in the desert, the Coachella Valley festival is among the most acclaimed contemporary music festivals in the world. The festival site, which includes the festival grounds, on-site camping, parking and support operations, encompass over 800 acres. Attendance to the perennially sold-out festival, aggregated over the multi-day event, is estimated at 750,000 attendees, according to the plaintiffs.