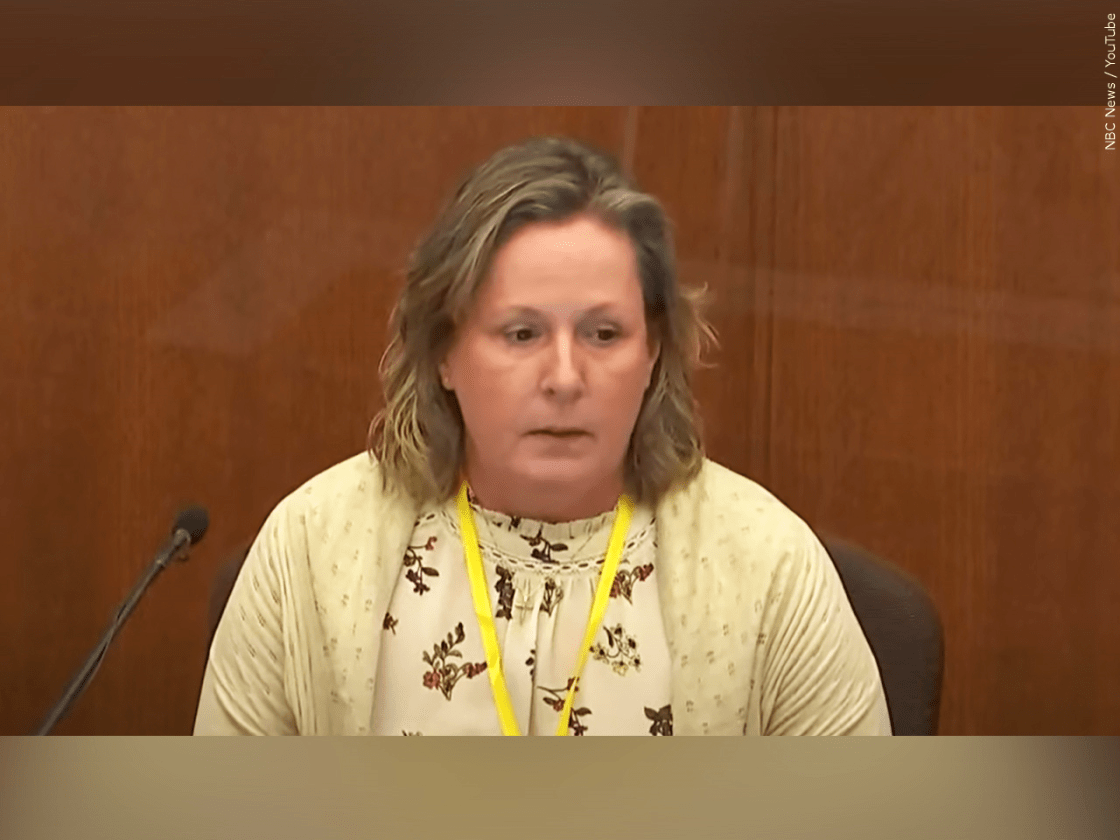 (CNN) — Kim Potter was found guilty of first- and second-degree manslaughter Thursday for the fatal shooting of Daunte Wright, which occurred when the former Minnesota police officer testified she mistook her service weapon for a Taser.

Potter, wearing a black sweater over a black-and-white blouse, displayed no reaction as the verdicts were read. She was ordered held without bail. After the jury was excused, one of Potter’s lawyers buried his head on his hands.

Wright’s parents, Arbuey Wright and Katie Bryant, took “deep breaths and loud sighs” and held hands as the first count was read. Bryant sobbed and Arbuey Wright comforted her, according to a pool report.

After the second count was announced, Wright’s family “let out cries,” the pool report said.

Demonstrators — some carrying “Black Lives Matter” signs and drawings of Wright’s face — applauded and cheered outside the court. A brass band played.

Jurors in the trial of the White ex-officer in the fatal shooting of the 20-year-old Black man deliberated about 27 hours since Monday, when, in closing arguments, a prosecutor described the former officer’s actions as a tragic blunder born of recklessness or negligence and the defense characterized the shooting as an honest mistake, not a crime.

The maximum penalty for first-degree manslaughter predicated on reckless use/ handling of a firearm is 15 years in prison and/or a $30,000 fine. However, since Potter, 49, has no criminal history, Minnesota sentencing guidelines recommend a sentence roughly between 6 and 8.5 years in prison.

Minnesota Attorney General Keith Ellison told reporters after the verdict that he was saddened “there will be an empty chair at the Wright family dinner during the holidays.”

Ellison said law enforcement officers are held in “high regard” but will also be held to “high standards.”

Of Potter, he said: “She was remorseful. I mean what decent person wouldn’t be brokenhearted and sad if they were involved in something like this… I wish nothing but the best for her and her family.”

Judge Regina Chu denied a request by Potter’s defense lawyers to let her go home before sentencing, citing her deep roots in the community.

“I cannot treat this case any differently than any other case,” Chu said.

The former Brooklyn Center police officer was handcuffed and escorted out of the courtroom. Her husband, Jeff, was heard yelling, “I love you Kim,” according to a pool report.

Sentencing was set for February 18.

Wright’s shooting on April 11 — during the trial in which former officer Derek Chauvin was convicted of murdering George Floyd — led to days of unrest in suburban Brooklyn Center after a tumultuous year of coast-to-coast protests over how police treat people of color.

Wright was pulled over by police in Brooklyn Center, Minnesota, for an expired tag and an illegal air freshener. During the stop, officers learned he had an outstanding warrant and attempted to arrest him, but Wright pulled away and tried to drive off.

As video of the incident shows, Potter yelled “Taser” repeatedly before she shot Wright with her handgun. She then said, “Holy sh*t! I just shot him!” She added: “I grabbed the wrong f**king gun, and I shot him.” She resigned from the department days later.

The case centered on the jury’s interpretation of Potter’s fatal error — whether it was, as the prosecution argued, due to her recklessness and negligence, or whether it was an unfortunate accident that does not rise to the level of a crime, as the defense has argued.

More than 30 witnesses, including Potter herself, took the stand during the trial’s eight days of testimony. An emotional Potter testified for hours and broke down in tears several times as she described the “chaotic” moments that led up to the shooting.

“I was very distraught. I just shot somebody. I’m sorry it happened,” she said, crying, in court. “I’m so sorry.”

Under cross-examination, Potter said Wright had not threatened the officers before she fired. She said she did not remember much of what happened after the shooting but acknowledged she did not help treat Wright’s injuries or check on her fellow officers.

Potter was far from a rogue officer. She testified that before that day she had never deployed her Taser or fired a handgun while on duty, and she had never had a complaint against her.

In her closing argument, Assistant Minnesota Attorney General Erin Eldridge said Potter made a series of bad choices during the traffic stop that led to the fatal mix-up.

“Accidents can still be crimes if they occur because of recklessness or culpable negligence,” the prosecutor said. “It’s not a defense to the crimes charged.”

The defense has characterized the killing as an unfortunate accident that should not be considered a crime.

“Everybody makes mistakes, nobody’s perfect,” said attorney Earl Gray. “This lady made a mistake and a mistake is not a crime.”

He also argued Potter was within her rights to use deadly force to protect a fellow officer, who was reaching into the vehicle when Wright attempted to drive away.

“Even though she didn’t know she was using it, she had the right to, and that’s what the law is,” he said.