Board Of Supervisors To Consider Whether To Impose Mitigation Fee Assessments 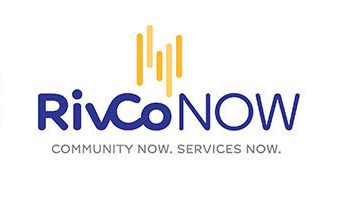 RIVERSIDE (CNS) – The Board of Supervisors will hold a public hearing Tuesday to decide whether to grant the Riverside County Fire Department’s request to attach fire mitigation charges to the tax bills of more than 300 property owners who officials say did not pay the cost of abating weeds and other potential fire hazards around their parcels.

According to the fire department, 327 property owners in communities countywide are delinquent and owe a total $178,530 under the county’s Fire Hazard Reduction Program. The amounts stem from activity in calendar year 2020.

Officials said property owners were served with orders to abate, or mitigate, the potential hazards, and when inspectors received no reply or saw that no action had been taken, landscaping contractors were sent to the locations under fire department authority to clear away the excess foliage.

Properties in each of the five supervisorial districts were identified by the fire department as delinquent on payments.

According to agency documents, property owners were billed to recover the county’s expenditures, which ranged from $254 to $3,159 per property. A $254 administrative fee was also folded into the final bill sent to the property owners.

The charges, if approved, will function as tax liens on the properties.

During the hearing, all those who received assessment notices will have an opportunity to challenge them and ask the board for relief.

“There have been cases in the past where it was not the actual property owner who was abated, but a party with a parcel next to them,” Jeffries said. “So the wrong parcel was cited in the assessment. There hasn’t been an appeals process for an improper assessment.”

Officials from the Office of the Fire Marshal assured Jeffries that the agency was making progress in amending the current process to ensure errant assessments are dealt with prior to reaching the board.