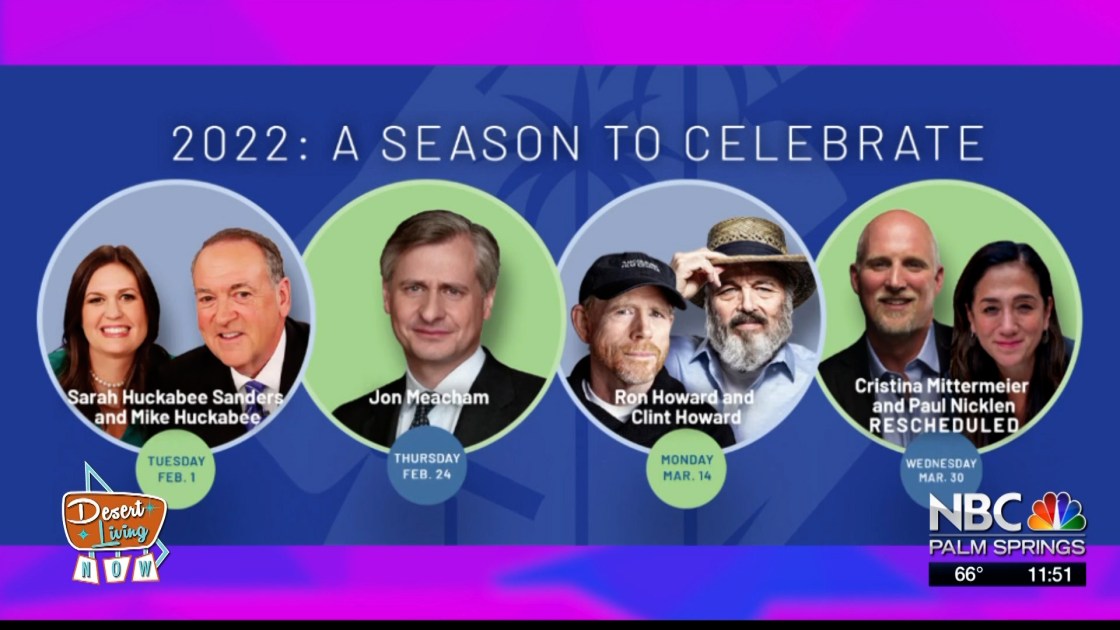 The series consists of four speaking events which will take placed at the Renaissance Esmeralda Resort & Spa in Indian Wells.

Speakers for the series includes:

·       Jon Meacham on February 24. Writer, reviewer, and presidential biographer. A former Executive Editor and Executive Vice President at Random House, he is a contributing writer to The New York Times Book Review, a contributing editor to Time magazine, and a former Editor-in-Chief of Newsweek.

·       Ron Howard and Clint Howard on March 14. The Academy Award-winning filmmaker and his actor brother will offer their insight to a childhood spent on TV, growing up amid sound stages, and Hollywood legends.

·       Paul Nicklen and Cristina Mittermeier on March 30. Photographers, filmmakers, and explorers who document the beauty of our planet.

There are limited number of tickets for the 2022 season are still available, beginning at $400 which includes all four events.