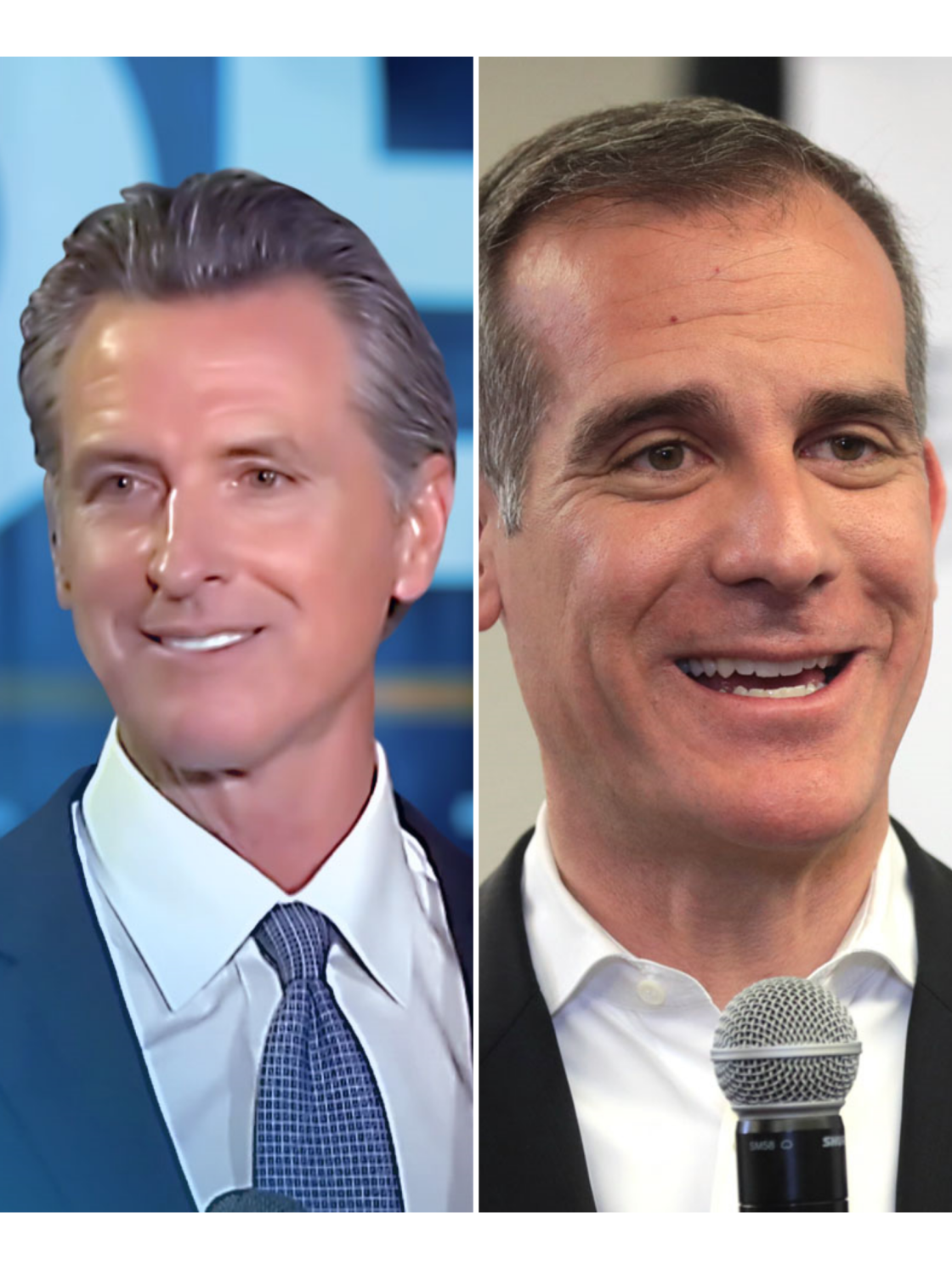 LOS ANGELES (CNS) – One day after Mayor Eric Garcetti and Gov. Gavin Newsom were caught posing for mask-less photos inside SoFi Stadium, a Los Angeles County Supervisor called Monday for state and local health officials to reevaluate COVID-19 mask mandates, saying it should be up to the individual to decide when to wear one.

“Let’s do away with blanket COVID-19 masking policies — they don’t make a difference when they’re not consistently followed or enforced. We need to trust the public to make the best personal decisions for themselves based on their unique risks and circumstances,” Supervisor Kathryn Barger said in a statement.

Barger pointed to Sunday’s NFC Championship game at SoFi Stadium, noting there was inconsistent adherence to the mask-wearing requirement.

Most notably, Laker legend Earvin “Magic” Johnson on Sunday night posted a series of photos on Twitter taken that day at SoFi Stadium with mask- less officials and celebrities, including Garcetti, Newsom, San Francisco Mayor London Breed and actor Rob Lowe. Some people in the photos with Johnson — including Garcetti and Lowe — can be seen holding a mask in the photos.

Garcetti’s office told City News Service, “The mayor was wearing his mask during the game and removed it for a brief moment to take a few photos.”

Newsom similarly said at an unrelated news conference in Los Angeles Monday that he was “very judicious” about wearing his mask at the game, and insisted he had his mask in his other hand when the photo with Johnson was taken.

He said he only took the mask off momentarily to take the photo.

“The rest of the time I wore it, as we all should,” said Newsom.

The county’s mask mandate and other COVID guidelines are set by the Los Angeles County Department of Public Health, with guidance from the Board of Supervisors. Along with outdoor mega-events with more than 5,000 attendees, people are required to wear masks in all indoor public settings, venues, gatherings and businesses. The rules allow people to take off their masks when they are actively eating or drinking, are alone in a separate space, showering or swimming or receiving personal care services that require a mask to be removed.

Barger — the only Republican on the non-partisan Board of Supervisors — said it’s time for masking mandates to be re-evaluated.

“Masking rules set by the state and county weren’t followed consistently by everyone at yesterday’s NFC Championship,” she said. “Instead, we saw individuals choosing to mask up based on calculated personal risk. Modern stadiums like SoFi Stadium have strong air circulation and all attendees of the game were required to show proof of vaccination or a negative test. Some fans evidently felt this was enough to protect them against COVID- 19.”

Newsom on Monday reiterated his call for the public to wear masks, but he said in the coming weeks the state will announce its “endemic plan” on practices for the state to live with the virus longterm.