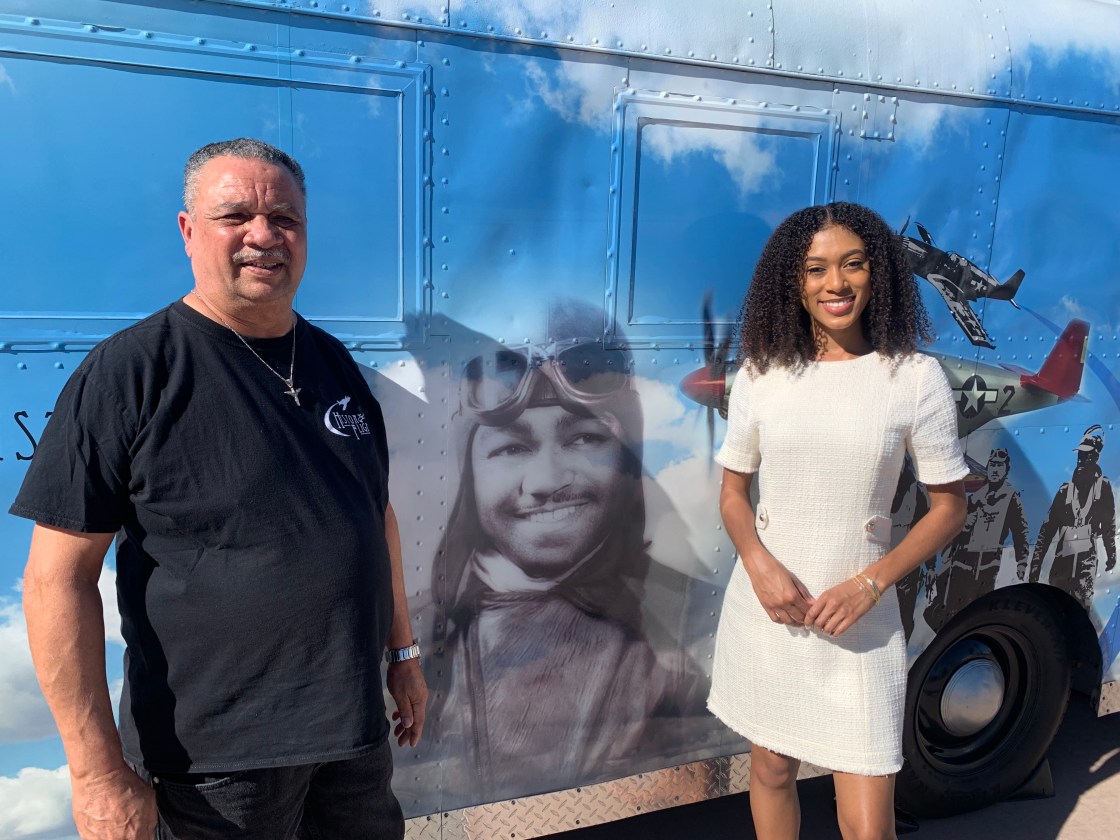 “My purpose is to go there and try to expose a piece of history that’s available but being left in the dark,” said Chauncey E. Spencer II, curator of the African Americans in Aviation Travel Museum.

Chauncey Spencer II is the son of a Tuskegee Airman. He’s on a mission to honor the legacy of his father, Chauncey Spencer, and share the untold story of the movers and shakers of African Americans in aviation, who were denied the opportunity to fly due to the color of their skin.

“The manager didn’t even raise his head. He said ‘We don’t teach colors to fly- they don’t have the intelligence’,” said Spencer. “Well that hurt my father, but it didn’t stop his dream”

Spencer is traveling cross-country from Palm Desert to Gulf Port, MI with his 1937 vintage trailer mobile museum hooked to the back of his Chevy Colorado. The mobile museum is packed with rich history featuring a photo display of African American airmen and a short film detailing their heroic deeds.

From Southern California to the deep south of Mississippi, he plans to continue advancing the public’s knowledge of what African American airmen endured and achieved with hopes…

Equally as important, he wants to make piloting more accessible by promoting aviation education to students of color.

“For young people to have opportunities and dreams, it takes people like myself that have been gifted and privileged to have the environment and the opportunity to do so, and it’s a tool for me to pass onto others so they can have it themselves,” said Spencer.

This Black History Month, Spencer hopes that all Americans, including African Americans, are included and celebrated in American history.

Chauncey Spencer will return to the desert on Saturday where he will be in attendance for the Brave Bessie Coleman – Pursue Your Dreams event at the Palm Springs Air Museum. The museum will honor Bessie Coleman, who was the first African-American woman and first Native American to hold a pilot license in 1921.

For more information about the event, click the link here or visit https://palmspringsairmuseum.org/programs/brave-bessie-coleman-pursue-your-dreams/.